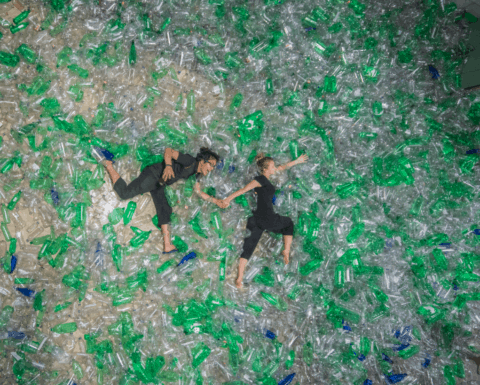 “Plastic Pollution Sucks” ‘s goal was to ban plastic bags in New York. We also wanted to make people more aware of the fact that the Earth is dying and how they can help save it. We wanted to make sure that everyone knew about our cause and want to help save mother Earth. Our blog somewhat worked because halfway through doing the project they banned plastic bags in New York.

We’ve made countless blog posts about zero-waste swap outs people can make in their lives and how plastic pollution is affecting the Earth. One post I made was about plastic pollution’s effect on the marine ecosystem, here’s a snippet: “Plastic pollution has many effects on the ocean. Plastic consists of very large molecules that have not been implicated into environmental pollution. This means that plastic can take decades to about a thousand years to decompose and 8.3 billion metric tons of trash have been produced and 6.3 billion metric tons of it, or about 79%, of it, is plastic. Most of our plastic ends up in landfills and the ocean. If these trends continue, there will be 12 billion metric tons in landfills and the ocean by 2050. This is as heavy as 35,000 times the Empire State building.”

I’ve also made some posts about crafts someone could make in order to make their life more zero-waste and sustainable, one of our most popular posts, “DIY Mason Jar Tumbler”, where I told the audience how they can make their own reusable tumbler to take with them to the coffee shop or they can use it for any drink in general. “Use the drill or line up pick to drill a hole into the lid of the jar, mason jar lids usually have an indent as to where the center is, so use that for reference 2. All you have to after is insert your metal straw and you’re done!”

I also made some posts on ways they can waste less food and trash in general, “Avoid prepackaged foods and opt for loose produce instead! The loose produce is most likely fresher, and therefore, much better for you! Did you know most apples that come in plastic packages were picked at least 6 months ago? Do you really want to eat a 6-month-old apple? And even if you do have plastic containers, reuse them! 1. Pick the ugly produce that gets left behind. The tomato that is a little darker on the outside will taste exactly the same as the other tomatoes. Seriously, they all taste the same. 2. Make sure you store fruits and vegetables in the right place to make sure they last for as long as they can. Peppers, cucumbers, eggplant, and squashes are to be kept at room temperature. Ripen apples and avocados on the counter and then store them in the fridge. You should also store potatoes and onions in a cool, dark place. 3. Use extra vegetables to make soups, stir-fries, and vegetable stock. You can also freeze the soup for 2-3 months to enjoy later.”

As you can see, we’ve done a lot to show people how to waste less and save the planet. We’ve shown them ways to We’ve also done a decent job of telling people the effects they have on the Earth. If I had to do this project over again, I’d promote it more on social media and I’d post more often. I’d talk less about being more sustainable and more about why they should be more sustainable.