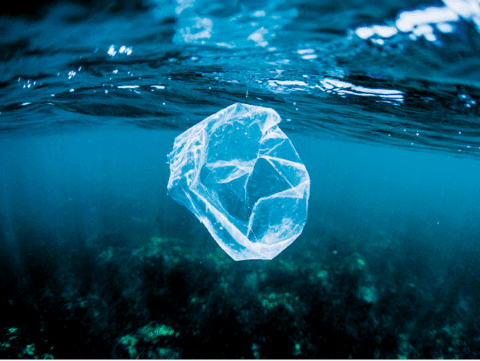 In this day and age it is hard to imagine life without plastic, we see it everywhere for example straws, plastic bags, water bottles and the list can go on. Alexander parkes created the very first plastic which has been around since 1862. This creation was used heavily during World War One and World War Two, “by the 1950’s plastic had become its own.” (TruForm Plastics).  The 1950’s were ultimately called the “Age of Plastic.” Plastic ultimately changed the mechanics of everything in our daily lives, as far as the chemical makeup of paint!

Humans are turning the ocean into landfill. “Plastic has been found in more than 60% of all seabirds and in 100% of sea turtles species, that mistake plastic for food. And when animals ingest plastic, it can cause life-threatening problems, including reduced fitness, nutrient uptake and feeding efficiency—all vital for survival.” (Ocean Conservancy). Our actions such as mindlessly throwing trash into the ocean, are killing the marine life that have made the ocean a wonderful place. Many of these sea creatures think this is food and eat it. It smells like food to them because it can get covered in algae. Plastic has not been around for too long but the effects it is already having on the planet who knows what our land and oceans will look like in 20 years.

Some solutions are are using reusable bags, water bottles and to just try to avoid using plastic and try to find an alternative to these things. Another way to help is being more aware of our recycling and to do it correctly. There are other ways to get rid of plastic but that would take burnin it which could affect our air quality.

Hey Katie! I agree with what you are saying. It is crazy how much plastic can affect our oceans! I found this really cool article about plastics and even more ways it is affecting our oceans. I hope you enjoy! https://www.oceanunite.org/issues/marine-plastic-pollution/

Hi Katie! I completely agree with you that plastics have become a major problem in our oceans! I found this organization that is trying to clean up the Great Pacific Garbage patch up to 50%!!! I hope you like looking at it! https://theoceancleanup.com/