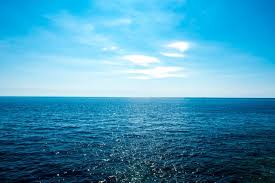 Hello I am Matthew from the plasticintheocean blog. Over the course of our project, we tried to raise as much awareness as we could about the harm Plastic causes when it is carelessly released into the ocean. Plastic not only hurts the natural environment such as fish and turtles, but it also affects humans. We are trying to tell people about what they can do to limit their use of plastic and help reduce the amount of plastic they consume on a daily basis.

Overall our blog has been minimally successful because it only have 59 views and 25 visitors which mostly consist of Shantanu. The successful part of our blog is the fact that we have five other followers besides us and Shantanu. We also have views in 4 other countries including Brazil, China, Australia, and Canada. We do have the ability to say that we are now an international group.

One of the most successful parts of our project was our information posts. We have several informative posts which contain most of our views. Our most viewed post has five view which was from an informative post on the effects of plastic in the ocean, one of our first blog posts. Several of our other informative post have over two views which likely means we received view from outside views.

Another crucial part of our blog and project was our large amount of blog posts which didn’t receive as much attention as the informative post, but since there were several, they did bring in lots of views. The memes were also the main thing we posted on our social media account as far as instagram.

A final component of our project was the petition we were required to create. This was by far the most unsuccessful part of the project because we only had one signer in total which was us. Basically not a single person considered on petition on limiting the use of PET in water bottles.

The blog we created was the most successful part of the project as part as popularity. We had over 50 views as well as reached 5 countries. If we had to do our project over again I would probably do the same thing but maybe choose a different petitions which appeals more to more people.

Matthew, I think it’s really fascinating that you created a blog raising awareness of the dangers of plastic in the ocean. Our waste not only affects our own lives, but the marine life as well. I agree that we need to make a conscious effort to improve our environment, especially managing our waste that ends up in the ocean, in order to improve the lives of future inhabitants of our world. When you mentioned that you had over 50 views across 5 countries I found that amazing of how far your message has spread thus far.

Here is an article that further demonstrates your argument of how plastic in the ocean is becoming a more serious crisis every day: https://www.cnn.com/2019/04/16/health/ocean-plastic-study-scn/index.html

I hope your blog continues its success and I hope to see more of your writing in the future.
– Bella