Pilgrimage: The Art of Wandering

Home Pilgrimage: The Art of Wandering 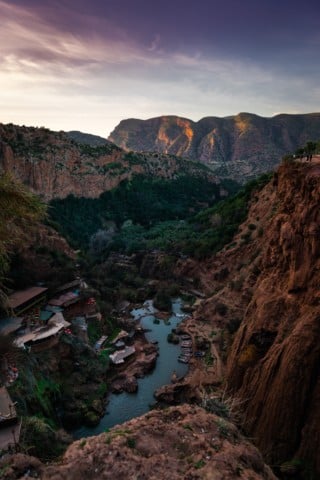 The human being is, by nature, a creature of curiosity. We are drawn to what we don’t understand and haven’t seen. We fixate on nature and that of others in hopes of discovering our own. It is in the purposeful exploration of both the physical and personal aspects of nature that we conduct pilgrimage. Pilgrimage, coming from the Latin words peregrinus and per ager, translates directly to “stranger” and “through fields” (McGeary). As we wander in new territory, we accept the foreignness of which we seek. In history, the word and its association have often been indicative of a holy and spiritual journey, typically afoot, in search of some form of fulfillment. We commemorate sacred memories of past fulfillment in travels of our own. For example, one can pilgrimage through the Holy Lands of and around Bethlehem, Nazareth, and Jerusalem, where various basilicas and locations directly connected to Christ remain. To one such visitor, “the biblical texts and the very spot where she stood helped her to witness sacred events and so to believe more deeply” (A Pilgrim’s Perspective). This woman walked where she knew bigger footprints to be, and her presence there was graced with fortified belief. Reaching the satisfaction and resolve that responds to the need of our being breeds freedom and healing of the strangeness we first venture to endure.

Emblems of pilgrimage in our history illustrate the deepest of human needs in both solitude and numbers. Do we turn inward with self-reflection, or do we find solace in creating change among others? On one hand, theologians to which some of the earliest ideas of pilgrimage trace, such as Saints Jerome and Augustine, “endorsed spiritual travel as a retreat from worldly concerns” (Sorabella). Spiritual awareness is cultivated within and shared outward if possible, so to step away from the faults and distractions of life would, ideally, clear the air for such internal peace. Recall May 17, 1957, though, when the Prayer Pilgrimage for Freedom at the Lincoln Memorial in Washington held thousands of people in one place, rising together for a more active response to civil rights issues and commemorating the Brown v. Board of Education case, described by Martin Luther King Jr. that day as “a joyous daybreak to end the long night of enforced segregation” (Cave). This pilgrimage, every bit as enlightening as a journey through the Holy Lands, seems to be rooted in the turning toward, rather than away from, worldly concerns. Striving for greater human fulfillment, thousands participated in a united pilgrimage that established deeper faith in a future clean and free of the long-lasting racial divide. In light of this momentous event, the Saints’ ideology takes on new significance; the worldly concerns which we are meant to abandon have to do with our own miscalculations as faulted beings, and tend to them we must in our pilgrimage.

Pilgrimage is defined by the departing for a journey which seeks to bring one or many closer to a transformed state of living. It is unlike any ordinary expedition in the renewed sense of being that we plant at our destination. The seed of an idea, the roots of a home—pilgrimage breeds growth all the same. As the “ultimate trope,” this wandering endeavor “is really a ritual reenactment of our sacred human condition within reality” (McGeary). The most universal form of self-revelation, we set off again and again to question the world, and each time, our place in it takes new form. We create monuments and basilicas in honor of past pilgrimages so that we may journey once again and revive its meaning for ourselves. Providence to strangers in the open fields of the earth, pilgrimage offers free healing to the unfulfilled soul and mending to the fractured society.