Perseverance Rover Lands on Mars: What does this mean for the future of Mars research?

Home Perseverance Rover Lands on Mars: What does this mean for the future of Mars research? 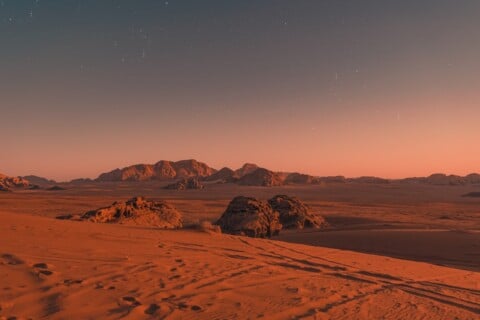 On February 18th 2021, the Perseverance rover first touched down on Mars’s surface, this NASA mission was sent specifically to look for signs that may indicate that microbial life once existed on Mars, this mission is the first of its kind since the 70s.

The Perseverance rover will spend most of its time focusing on the surrounding area of Jezero Crater, which many studies have led scientists to believe that this crater was in fact a prehistoric lake that was fed by a river.  As Perseverance continues its journey around the crater, it will soon run into a delta on the other end of the crater.  On earth, deltas contain rock and mineral deposits, therefore by studying Jezero’s delta we will be able to reveal the evolution of the planet over time, along with revealing how the water may have moved on the surface, studying this delta can also reveal clues on what past life forms could have called the “Red Planet” home.  Perseverance will be spending around one Martian year, or 687 earth days studying and exploring the Jezero Crater.

How will the Perseverance rover collect samples on mars? Well, Perseverance is equipped with a 7-foot arm that enables it to reach out and collect samples, as well as it is equipped with a drill used to extract core samples, about the size of chalk, from rocks, After the sample is collected it will go through a rotating mechanism which will move the sample inside the rover where it will photograph and sealed to be dropped off at a safe recovery location.  Unfortunately, these samples may not make it back to Earth for another 10 years or so when the retrieval mission for these samples will be sent.

Perseverance won’t only be studying past life though, it will also be exploring the potential for future life on the planet.  These studies will test the possibilities of producing oxygen and carbon dioxide, which will be beneficial once the time comes to send astronauts to Mars, because it will increase the possibility of making breathing possible on Mars.

This mission also featured a second vehicle along with Perseverance named Ingenuity.  This vehicle is a small drone helicopter with two important tasks.  Ingenuity will provide the people on earth with colored photos of Mars, as well as it will test the possibilities of powered flight in the martian atmosphere.  Mars has one-third the gravity of earth but compared to our atmosphere it is 99 percent less dense than that of Earth’s.

Ingenuity isn’t the only vehicle that has the ability to send pictures of the Martian surface to earth, Perseverance is equipped with 23 cameras and has already sent back high definition 360 panoramic images of the surface.   These images have been sent back to Jet Propulsion Laboratories (JPL) by thousands of photos, some of them can be found in the public archive.