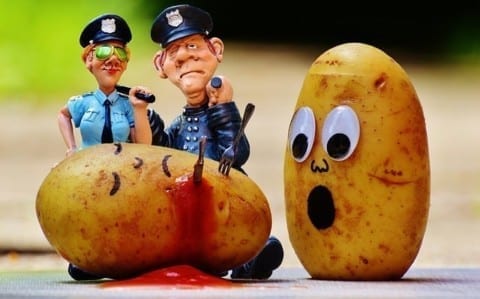 The social issue that we are most interested in is police misconduct because it has to be stopped. Police Misconduct is the best for our website because we are going to address how the police officers are abusing their power. The video would show the police officers abusing people and would be asking people about their experiences with police misconduct.

The video that would be good for us to remix is called “Policing The Times (Remastered) because people are talking about their lives when they were exposed to police misconduct.

One of us, John, is personally interested in this topic because in the future he wants to be a detective and doesn’t plan on abusing his power like this because he doesn’t agree with their actions. Also, he wants the people of the U.S. to be able to rely on him.

Some questions we have about this topic are: Why do police officers treat their own people like this? How often does this happen throughout the year? How long has police misconduct been going on?

We could interview people who experience this police misconduct first-hand or bystanders who witnessed the misconduct. A person who might be a good interviewee to give us factual information is someone who went through stop and frisk.

Some places where we can go videotape are high-crime neighborhoods and ask about police misconduct. One creative idea for what we can do is we can act out a scenario and see how people think cops would react to it.

A good domain name for this social issue is: policemisconduct.today

I am intrigued by your topic about police misconduct because where i’m from in the bronx people are regularly bothered , or abused by police officers and detectives . Young boys and older men are automatically seen as drug dealers gang bangers or problem starters , but in all reality probably just a spectator . Everyone has a pretty clear mind on the laws we have in america however who says you can’t just be from somewhere ? who says you can’t chill or go out to parties ? Where is it against the law to have a good time ?

Police used anything to abuse their authority , which is unfair to the youth that looks up to them . Something i can relate to on the police misconduct topic is a few years ago my nephew was about 3 , my brother made a few wrong decisions and the police invaded into his house and had guns pointed at my little baby boy . WHERE ON EARTH DO YOU DO THAT ? When will a 3 yr old boy be considered as a threat to have multiple guns pointed at his face ..

One sentence that you wrote that stood out to me “ We could interview people who experience this police misconduct first-hand or bystanders who witnessed the misconduct. A person who might be a good interviewee to give us factual information is someone who went through stop and frisk.” simply because there are videos of people being brutally harmed by police and people have actually died due to it , which is unfair to their loved ones and family because if a cop gets killed believe the whole military force is ready to take down that person ‘ who committed such a crime ‘ however what is it when it’s us being harmed by our government ? a mistake , or suspension ?

Thanks for your writing guys i look forward to seeing what you write next because In this day and time period rather than racism our problem is violence and police misconduct which is why i like this topic because i have 4 brothers and about 5 nephews , i wouldn’t be able to see another young man fall because of people who are supposed to protect us ..

i agree with this topic because , there are alot of innocent people getting killed by the cops. They take advantage of there jobs

John,
This is a very interesting topic and I like how you addressed it. This has been a very prevalent issue in our community and there is not much being done to stop it. It is also nice to see that you are willing to make a change for the better.
Good luck with everything,
Zach Jerome

Thanks, your the best mate!