People of color & No equality

Home People of color & No equality 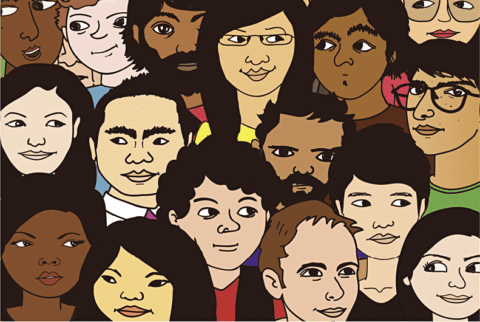 In today’s time there still is situation between someone of color. In the discussion, “Race Vs. School” shows that why black lives matter and how it relates to relations of race in school. In this case, it is between a boy of color with another of color that built a problem of racial slurs. Joshua in this discussion, was being bullied and called racial slurs because of the color of his skin. After months of this going on, Joshua pushed the other boy. His father was called the principal that was not a person of color and explained that violence is not allowed so Joshua would be suspended. What happened to the other boy or punishment, that was verbally telling these slurs you might ask? He only got a call home and notify the parents of the situation by Mrs. Miller the principal.

At this point, Joshua’s father John is upset because this is an unfair situation. He feels that all the blame is on his son when he knew for months his son was getting bullied. Equality is all the colored people want, they do not want to be seen differently compared to Hispanic, White, Asian, or whatever the race shown by color. The black community is seen as harmful or dangerous people and are not liked. This is taken into school, classrooms of education where about 75% of students are either white or of color. It is a shame because an abundance of integration is still effective in having racial equality. Not everyone is perfect but why are fingers always pointed to people of color? So in this conflict, of the two boys, one is getting in trouble for the other’s wrong verbal action. How is that fair?

I hope in the future everyone can come together and make peace in situations that separations a view or action of race.

I am impressed by your post, “people of color no equality”because you don’t have to judge other people by their color because god isolates un like that and nobody has to try to make other people feel bad because they are not the same color.one sentences you wrote that stands out for me is” Equality is all the colored people want, they do not want to be seen differently compared to Hispanic, White, Asian, or whatever the race shown by color. I think that’s amazing because you don’t even have to judge another person because they are not the same color as you.

I feel like nobody should see someone for their skin tone because god made us equal and every skin tone is pretty and nobody should have to treat someone else different.