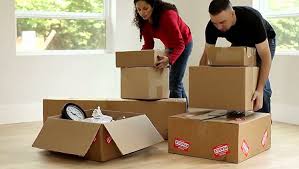 Tom is a dynamic character. His archetype changes over the course of the play. At the beginning of the play, he is the archetypal busy‑body. This can be seen in paragraph 170, where the author writes: “TOM: I’m starting to boil inside. I know I seem dreamy, but inside – well, I’m boiling! – Whenever I pick up a shoe, I shudder a little thinking how short life is and what I am doing! – Whatever that means, I know it doesn’t mean shoes – except as something to wear on a traveler’s feet! [Finds paper.] Look”.

But by paragraph 178, Tom has begun to transform into the archetypal traitor. He started to plan how he will escape from his family to take his father’s trace. I mean he started to fall in love with long distance. Evidence of this is on page 178: “TOM: I’m like my father. The bastard son of a bastard! See how he grins? And he’s been absent going on sixteen years!”

Tom is no longer the person who was fighting to feet her family. The guy who wanted to become a writer by writing a book.

A reader might predict that the turning point for Tom comes when he was telling his mother that he was going to the movies all night there is not any movies that are open all night. Paragraph 49 in scene three encourages this prediction: “AMANDA: I think you’ve been doing things that you’re ashamed of. That’s why you act like this. I don’t believe that you go every night to the movies. Nobody goes to the movies night after night. Nobody in their right mind goes to the movies as often as you pretend to. People don’t go to the movies at nearly midnight, and movies don’t let out at two a.m. Come to stumbling. Muttering to yourself like a maniac! You get three hours’ sleep and then go to work. Oh, I can picture the way you’re doing down there. Moping, doping, because you’re in no condition.”