PED use in the MLB

Home PED use in the MLB 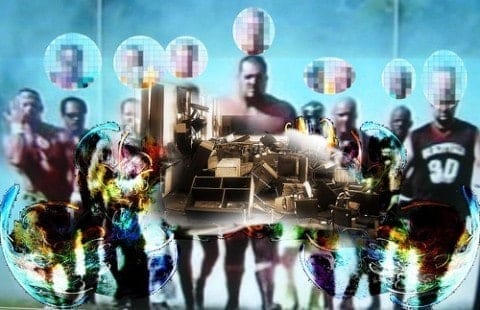 The use of performance enhancing drugs (PEDs) has been a controversy involved in almost every sport.  However none of the major professional sport leagues have been affected by the use of these drugs as much as Major League Baseball (MLB).  PEDs were used heavily in the 1990s and early 2000s, seemingly compromising the integrity of the game.  These substances, which usually increased testosterone levels, allowed players to gain muscle/strength in a much quicker time than the normal human.  Players like Barry Bonds, Alex Rodriguez, and Roger Clemens rose to the top of the game because of their dependency on the substances.  In an effort to clean the game the MLB cracked down heavily on players using these illegal substances, causing a huge reduction in the use of the drugs.  However there has been a recent surge in PED use suspensions seeing as many major league players pinched as in all of last season. The only recent year with more was in 2013, when the Biogenesis scandal took down seven major leaguers (plus seven minor leaguers).

Jay Jaffe  a reporter for Sports Illustrated gave his opinion on ideas the MLB should consider to combat this rise : (1)Players are using old school drugs, (2) this is not an epidemic, (3) due process and confidentiality within a collectively bargained drug policy are features of the system, not a bug, (4) longer penalties are worth considering, and (5) voiding contracts is unfeasible.  He believes that if the MLB considers these topics when drawing up new drug policies, they will be successful in getting the game to be clean again.  This article from CNN discusses the history of drug use not only in baseball, but in a wide variety of other sports.  The author discusses policies that other organizations have taken in order to prevent the use of PEDs and suggests that the MLB take a current course.

I find it interesting how two of the three players you listed were Yankees players. Maybe you can incorporate into your story the fact that the Yankees are a bunch of cheaters. This is a good idea for a story however, and you can tie in the Steroid Era and how it has affected the game today.

This is a great topic that needs to be brought to attention. I find it interesting that after such problems with athletes using them in the past that they are still problem even with drug tests and the strict no drug use rules. I’m interested in seeing if there is more to the illegal drug use and its effects on the athletes not only physically but also mentally.

I think PED use needs to be addressed in professional sports considering the recent years of scandal affiliated to doping. Despite the guidelines and committees dedicated to combating drug use in pro leagues, i find it interesting that athletes are still able to beat the system.