PED Use in Major League Baseball 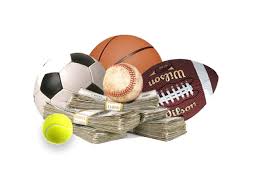 For my research paper, I’ve decided to write it about the use of Performance Enhancing Drugs(PEDs) in Major League Baseball, and what policies the league can do in order to prevent future misuse of these illegal substances.  Steroids and other PEDs were heavily used in the 80s, 90s, and early 2000s by players in effort to gain an advantage over their counterparts.  MLB’s Commissioner, Bud Selig, made a huge effort in the early 2000s to “clean up the game” in an interview from 2005  he said ““In 2001, I promulgated the first-ever comprehensive drug testing policy for minor league baseball. In the first year of testing under that policy, the positive rate in the minor leagues was approximately 11 percent. Confronted with this high rate, we responded with more testing and tougher discipline. In each subsequent year, that positive rate has decreased and the overall decrease has been dramatic. The rate was 4.8 percent in 2002, 4 percent in 2003 and just 1.7 percent in 2004. As we embark on the 2005 season, baseball has committed even more resources to the eradication of steroid use in the minor leagues. We will do more testing, expanding the program into the Venezuelan Summer League, and will continue to discipline violators in a manner that our medical advisers believe will eradicate steroid use.”.  By further researching on the Gale Database I was able to find other articles related to this pressing issue.  One of these articles was called “Commentary: Steroid use in baseball.”  One thing that I found very interesting in this article was this statement that the author made, “It all seemed so much the case with drugs a hundred years later. Everybody was sure something was up, but out of some misguided loyalty to the group, the clean players didn’t protest and the public just turned its head. Maybe we’re more programmed to accept cheating in sports in this country since we grow up blithely tolerating such utter corruption and hypocrisy in the college athletics we love.”  Another article that I read discussed how players are able to use illegal substances without getting caught.  The author says that testing is ineffective because players can hide their use of steroids through masking agents or by taking lower doses.  He also relates this problems to the National Football League by talking about how human growth hormone can be detected only in blood tests, not in the urine samples used by MLB. Insulin-like growth factor, another muscle builder, is undetectable. NFL players circumvent tests by combining growth hormone with a small amount of testosterone.  Although baseball is most notably linked to the use of PEDs in sports, the other major league sports have similar problems.  The commissioners from league need to get together and think of policies that will further crack down on PED in order to keep the integrity of the game.

Wow really neat actually. Do you think this is why Richie Sexon was 6’8″? Or why Barry Bonds went from zero to hero in one season? Or why Bryce Harper can throw really really far? These are interesting things to think about that I think your research can do a good job of shedding light on. Great job and I cant wait to read the finished product and learn the illegal secrets of how the MLB gets jacked.

I think this is a really interesting topic, especially for you because you are a baseball player. It’s crazy how so many are able to get away with the tests. Do you think players should be allowed? If so many people are getting away with it then why is it so illegal in the first place?