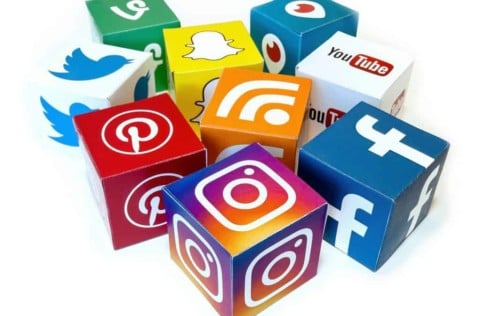 As technology advances, children spent less time going outside losing their creativity. Creativity is the use of the imagination or original ideas, especially in the production of an artistic work. With the omnipresence of media, television, computers, and cell phones, children’s lives are more ordinary and less creative. “Overexposure to technology deprives children of outdoor recreational opportunities and inhibits the development of social skills, stunts intellectual growth, and contributes to poor health and the obesity epidemic in today’s youth”, there are many negative effects with the over use technology.  Besides losing creativity, technology can cause kids and adults to become obese and have health issues. This obesity epidemic is caused because of technology, and the lack of physical activity. Instead of going outside and going for a walk or a morning jog most adolescence rather stay in bed and watch Netflix or scroll through Twitter, Instagram, or Snapchat. Outside activity is becoming more unconventional, while technology is the new norm.

A lack of outdoor activity harms children’s physical health, their social development, and their creativity. It is more common to see kids nowadays interacting online rather than face to face, “Days spent playing in the yard with neighborhood kids are now pass. Social interaction for adolescents is now largely achieved via text messages.” This results lead to kids not developing interpersonal communication skills and not accepting awkwardness or boredness. They must fulfill their time with media, video games, or shows then show creativity or communication. One study published by “Developmental Psychology” reports that girls who regularly spoke to their friends or family in person were less likely to have social problems when older than girls who mainly communicate online.

An eye-opener statistic that I learn from the U.S Centers for Disease Control and Prevention reports that children spend, on average, more than seven-and-a-half hours a day in front of a television or computer screen. That seven hour is like a full day of work or school, and with that much time used it leaves no room for physical activity. With the increase use of technology there has been a direct relationship with obesity rate among children. Obesity in childhood sets poor health habits and chronic medical conditions such as type 2 diabetes, sleep disorder, heart disease, and high cholorestorol. In addition obesity also causes emotional problems such as anxiety, depression, and low self-esteem. The obesity situation in America also brought attention to Michelle Obama, previously the first lady, which she created a campaign called “Let’s Move.” The goal of “Let’s Move” is to allow children to go outside in outdoor recreation to improve their physical and emotional health.

Outdoor recreation has many positive impacts for children emotionally and physically. Exercise can help relieve stress and decrease the amount of developing mental illness. Exercise also allows for a good night rest in which children can get enough sleep to fully function the next day. The National Sleep Foundation reported that the average school-age child needs ten to eleven hours to fully recover. With the increase of technology students may stay up late socializing online on a computer or smartphone, play videogames all night or watch television which has a negative impact on sleep. Physical activity also increases a child’s performance in the classroom. A study by Sibley and Etnier notes “that children who participated in physical activity saw improvement in perceptual skills, IQ, achievement, verbal and mathematical test scores, and developmental and academic readiness.” Another source in a book called Spark:The Revolutionary New Science of Exercise and the Brain” explains the importance of exercise and how it improves focus. While technology is an important tool in life, there should be an equal balance with outdoor activities and an appreciation for nature.

It is important to maintain a balance in life. The exposure of technology is created to help people, but too much of it could hurt the human being and society as a whole. Children and teens should not use technology to the exclusion of other activities such as outdoor play. Real-world interaction still remains an important lesson, but if an adolescence shows interest in technology, media, or computers they should be encouraged rather than discourage.

Here’s a link to my hypothesis.

Christopher, your article was really interesting to read.The statistic provided by the US Center for Disease and Prevention is terrifying. I find it hard to believe that statistic. While our generation is definitely becoming increasingly addicted to cellphones and TVs, I don’t believe this is necessarily impeding our creativity. While yes, we are no longer as proactive as previous generations, teenagers are just using a different medium to express creativity today. Also, the lack of outdoors activities is not entirely the fault of technology as well. Schools used to require a certain amount of athletics during school time. It was a commonly recognized fact that exercise promoted intellectual growth. However, that no longer is the case because the education system has been pressured to remove these activities in favor of more classes, etc.
I think you’ll find this article interesting to look at: https://online.purdue.edu/ldt/learning-design-technology/resources/how-has-technology-changed-education

Christopher, I really enjoyed reading your article! This is something I’ve actually wondered about countless times. I mean in our society it’s so obvious that kids are overcome by technology. It’s crazy seeing infants who can’t even walk yet, already knowing how to use a phone. When I was a kid I wasn’t even confronted with so much technology until my 8th grade year. I agree with your evidence and discussions that technology has resulted in obesity in our country. Not only do we eat bad foods, but we do nothing physical to help our health. I think this is such an important thing to talk about because pretty soon our youth will be overrun by this technology. It’s important that we know how to return to our roots because I believe one day all this technology will disappear. I found this article you might enjoy reading (https://www.huffingtonpost.com/cris-rowan/technology-children-negative-impact_b_3343245.html) Keep writing!!