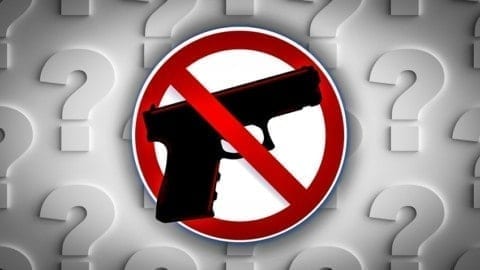 In today’s day and age, the topic of gun safety is commonly discussed. The increasing amount of violence, and specifically mass shootings, has called for some to pose the idea of gun control. Gun control is a system where the government would confiscate automatic to semi automatic weapons, as well as strictly enforcing who can or cannot possess a gun. Their main argument is that by keeping access to guns limited, we will in turn prevent the amount of violence occurring in our country.

With this, there a some statistics we might want to keep in mind. According to GunsDownAmerica, “American teenagers are 82x more likely to die from a gun homicide than their international peers.” This is a serious problem we need to address, are many would quickly point to gun control being the best option so solve this problem. Along with this, the majority of homicides in the US have been caused by guns. According to Wikipedia, “66 percent of single-victim homicides and 79 percent of multiple-victim homicides.” Despite these alarming statistics, there may be a better option than our definition of gun control. One of the best options we currently have are called Red Flag Laws. Red flag laws are, in a sense, a lighter version of gun control. Instead of confiscating all weapons, they allow a judge to take away weapons from certain individuals who are labeled a severe threat. According to the New York Times, “Connecticut was the first state to pass a red flag statute, in 1999, after an accountant who worked at the headquarters of the state lottery fatally stabbed and shot four of his supervisors and then himself.” Prior to the shooting, the perpetrator had shown some warning signs of mental instability. While there are of course holes in this idea, it may be our best option at the moment, rather than outright banning guns.

Hi, Peter,
I agree that gun control is a severe, controversial issue in the United States. We must do everything to prevent any tragedy happen. We must do something in our power to prevent the tragedy from happening to increase our safety under gun control laws for reducing the risks related to guns. Here is the link that hopes you are interested:
https://www.preventioninstitute.org/focus-areas/preventing-violence-and-reducing-injury/preventing-violence-advocacy

Hey Pete, I found your post very interesting and well written. I agree with you about not just banning guns and think there should be some control over who can have a gun.