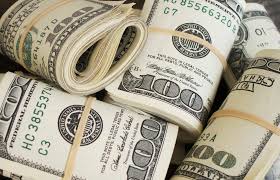 Why is OUSD in debt? OUSD is in debt because of the amount of money that is spent on unnecessary items. So all that money that was spent on those items or on hiring people with a large salary made the district  go into debt which will cause OUSD schools. Specifically 24 schools in Oakland will have to shut down because the district cannot afford to keep those schools open which will affect both parents and student in a horrible way because they’ll have to look for other schools for their kids or if there isn’t another school near them which will cause them to look farther away for a school. Therefore, OUSD is not using their money correctly  and responsibly and it is having huge issue for students and schools.

Firstly, OUSD has  used their money irresponsibly with salaries. OUSD is spending money in a way that wouldn’t effects the schools in a good way and would decrease the amount of money that they are getting. To begin in an interview with  one of the principles that works in an OUSD school called LIfe Academy and has knowledge about what’s happening in the OUSD, Aryn Salazar Bowman said “We over spend on something else he hired people whose salary was large and we went into debt” (Bowman). This means that OUSD wasn’t using there money in a helpful way or in any way that would help OUSD. OUSD spent their money on hiring people with a big salary and getting better offices which cost them a lot of money. They are hiring people with a big salary which will put the schools  more in debt. To add, in the article “Potential Solutions to OUSD Budget Crisis” by Gloria Lee, she  talked about how OUSD is in debt and what OUSD can do to find money through cutting these big salaries. Gloria Lee said “But in a daunting situation like this, we think it’s important to send a strong message that everyone needs to sacrifice. If the top 20 leaders take a 5% pay cut, it could save the jobs of a several employees working at minimum wage without affecting students in the classroom.(Lee). This quote means that people who are working in the district are benefiting from the 5% pay cut because it will save her job but it wouldn’t help students in any way. Which means that they aren’t helping Oakland school in any way or helping them receive what they need. This will mean that the district doesn’t have empathy for students and only care for their paycheck\

OUSD also in debt because it was  spending their money irresponsibly by hiring consultants which did not  help improve schools in any good way because they aren’t doing nothing now to improve the  schools. In the article, “OUSD Overspent by Millions on Admin and Consultants” by Robert Gammen talked about how much money was being spent  unnecessarily by OUSD. Gammen said “The district spent $22.3 million on administrators and supervisors last year, but the school board only authorized $10.4 million,  in 2014 the district spent $22.6 million on consultants, when the board only approved $7.1 million. The school board must slash $15.1 million from this year’s budget to avoid state receivership” (Gammen). This means that much of the massive overspending was done by former Superintendent Antwan Wilson before he left earlier this year for Washington, D.C. which caused OUSD to be in debt because they used too much money on workers that weren’t that necessary, for example they were only able to use $7.1 million for consultants but instead the district ended up spending $22.6 million just on consultants and they didn’t use that money for schools. That money should’ve been used in schools because what are the consultants doing at this moment to help improve schools in OUSD.. OUSD didn’t make a good choice spending more money than  was necessary just to hire worker because they were only offered a specific amount of money but they ended up using much more of that money or using more money that is necessary on either hiring consultants, administrators and supervisors which is good but we don’t need to spend a huge amount of money just on that we should just be able to use the amount that is necessary.

Parents are questioning if there kids are getting what they need to become successful from OUSD because of this budget crisis. In an interview with  Isabel Rodriguez, a mom who has two kids in an OUSD school, she said “The district is just using money in a way that would only benefit people who work at the district and I’m not sure if kids who go to a OUSD school are getting the education they need” (Rodriguez). Parents that have kids in an OUSD school district are also worried about their kids education and there doubting that OUSD can provide there kids with the education they need because of how OUSD is just using their money of people who work at the district and not giving enough money to schools. Parents should be doubting the OUSD to provide there kids with a good education because that there job to help improve school and make them better.

In conclusion,  OUSD is not using their money correctly – responsibly and it is having huge issues for students and schools. This will cause the OUSD to not work successfully with schools because there just spending money on what will only benefit people who work at OUSD it will not affect the school. They use a plethora amount on money on hiring people , they are using much more money than they are supposed to use, also many parents with kids in OUSD are questioning if OUSD is actually doing their  best to help kids in OUSD schools succeed and giving them the resources they need. This means that there is a lot of improvement that need to be made to improve our district and the fact that the district isn’t already trying to do this means the community needs to talk about it and educate others so that OUSD can improve.

This article describes how OUSD is spending much more than they are suppose to use and they are only supposed to use a certain amount but they end up spending money on what would only benefit people who work at the office and will not benefit the schools.

This article talked about how the OUSD district is in a budget crisis and what OUSD can do to fix this problem is also explained why and how this problem started to happen. This is credible because she is an assistant director.

I interviewed a mother who has 2 children who are in the OUSD school district and she shared her opinion on how she feels about how OUSD is spending there money not wisely.

Dear Janie, I really appreciated reading your blog about the OUSD budget crisis. You have clearly chosen a really important and timely topic. I know that teachers may strike starting next week to push the district for a contract and higher wages. You identified some important causes of the budget crisis, such as misuse of funds toward district salaries and consultants. I wonder if there is any decline in the student population in OUSD schools that is leading to school closures as well. Did you see anything about this in your research? I also wondered whether you read anything about the budget challenges Oakland has faced in the past and whether they are similar today or different.

Dear Janie,
Your topic is a relevant topic right now. Teachers aren’t getting payed the minimum, money is overused in unnecessary supplies. Money should be spent the correct way because everyone deserves opportunities and if we don’t have opportunities is it really helping us? Your analysis is really good and it really gave us another side to what your evidence was saying! Thank you for taking your time to write about this topic since many teachers are going on strikes. Good job!
Sincerely,
Imelda P

Thank you so much for reading my blog. The part of your comment that stood out to me was when you said “Teachers aren’t getting payed the minimum, money is overused in unnecessary supplies”. This stood out to me because its really true that teacher aren’t getting payed what they they need to get payed. A question I have for you is do you that did u know the goverment spends more money on prisoners than on students? I look forward to hearing back!

Dear Janie,
Your essay about ousd using their money effectively is very convincing and worded very well to understand the problem clearly and why it’s true. Your evidence was very convincing and had clear connections to your claim. Your essay stayed relevant to the problem and you also had good sources to your claim such as the principle. There was a few times a sentence was repeated but overall the essay was great.