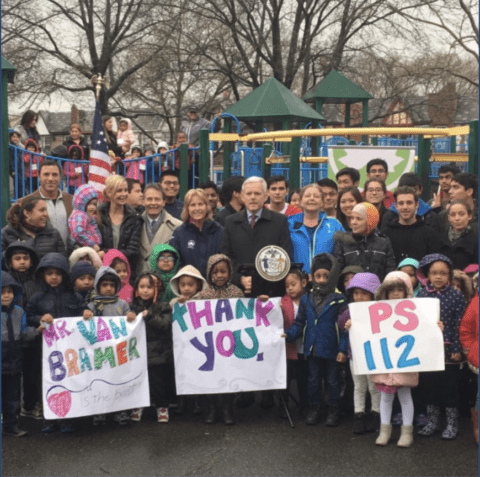 The Dutch Kills Playground project was held to renovate the park to a full-fledged public park. The park is not fully renovated yet, but we did say until the end of June, so we must wait until then to determine if we’re really successful or not. However, I believe we are not successful even though there were a lot of changes to the park.

Why was it unsuccessful?

The Dutch Kills Playground renovation project was not successful because of the few views and the support we received. For example, we have gotten only 23 views for our most viewed blog post. Although, we may have gotten a decent amount of overall views, we still did not get enough petition signatures.

For our tech project, our most viewed post with 23 views was only viewed during the month of May, 2019. This is horrible progress because the only time people viewed it was when it was posted, besides that it was not viewed at all. I would have expected at least 100 views from any one of the posts we have made, but sadly it did not happen. For our tech project, we have gotten only 14 petition signatures, while others have gotten thousands and this is very disappointing because our issue affects 3 public schools and a whole community. Not have we only gotten only 14 petition signatures in many months and there were no constructive comments for our petition. The disappointing fact is that we promoted our petition 3 times while we did not promote our most viewed post, but the most viewed post was visited more often.

Our Dutch Kills Playground renovation was a total disaster with unsatisfactory views and petition signatures. However, the reason for this may have been because we were not promoting our blog posts very efficiently. In addition, we should have added more information regarding the background of the situation people are having without the park fully renovated. Also, most of our posts were memes, we know memes can attract people but our memes were not so funny as it did not bring more visitors to our blog.