Our Women Won’t Be Quiet

Home Our Women Won’t Be Quiet 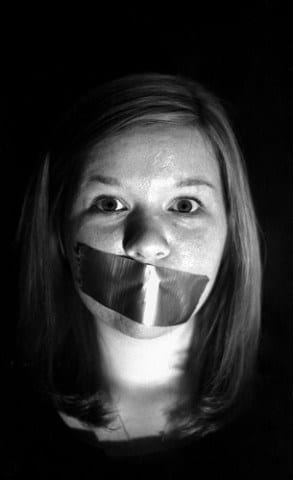 Women basketball players are catching the nation’s eye both negatively and positively by protesting at their games. According to sbnation website the girls have made shirts to protest while playing the game. Well of course some people disagree with this, and one of those people happens to be the president. Instead of worrying about world hunger, rape, gun violence, sex trafficking, he is instead focused on talent men and women protesting peacefully for something that they believe in. I thought protesting peacefully was allowed, according to the constitution of the united states. Maybe i was missed inform, but if this true why does the president have the right to silence these women? Yes , he is making so if any woman protest she will be fined and even the coach can be fined. Why is he trying to hush them? Maybe he is afraid of the outcome it will have, because as we know protesting have worked before. Or maybe he is just ignorant to what the nation really needs. The protesting is needed. Even if the president of the united states disagree. We as a nation have the right to protest any thing if we’re doing it peacefully.

I am interested with your post because I don’t necessarily agree with this mainly because although Trump is not paying much attention to certain world-wide issues he can not take away their rights to assemble that is Amendment 1 and even though certain players have been shunned for doing it or suspended from the team they have the right to sue because that is their right to freedom of speech and the president can not break or not follow the United States Constitution.
One thing that stands out for me is “Maybe i was missed inform, but if this true why does the president have the right to silence these women?” I think this is confusing because we all know he does not have the right to silence anyone in general, again Amendment 1 stops him from doing so.