Cyborgs should be legal or illegal?

Home Cyborgs should be legal or illegal? 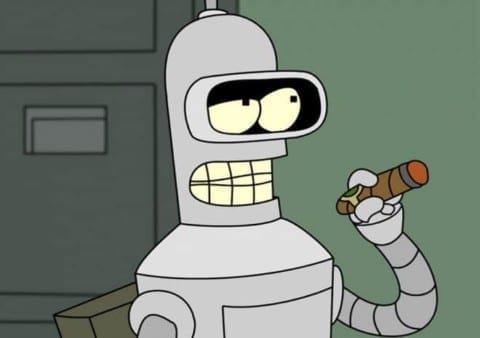 My name is Andrea Fonseca, I’m a sophomore at Oakland Unity High School. In my English class we’ve been reading about robots and artificial intelligence and the potential dangers that both might bring. I feel that technology is important to us since we use it to communicate or to know what is happening in the world, but some people use technology  to benefit themselves and make themselves feel more “superior” to other people.

One example can be found in the article “The Real Cyborgs” the actor Arthur House claims that some people put robotic parts in their bodies, “[…] the Cyborg Foundation two years ago with his partner, Moon Ribas, a dancer and fellow ‘cyborg activist’ (she has a seismic sensor in her arm, which enables her to feel vibrations of varying intensity when an earthquake occurs anywhere in the world.)” Which is something really stupid, because to be honest why would you like to feel an earthquake in your arm, What’s the point to feel that? I feel it would be more useful to predict earthquakes since it would save a lot of people lives and the demanges would not be that bad, since people could prepare themselves for the earthquake that is going to happen. This is one reason why I think technology is going to have a bad impact in our future because a lot of people that have the money to become a cyborg would do it. (If you could become a cyborg would you do it? Why?)

But becoming a “cyborg” is also something positive because people with disabilities would use it to do things that they can’t. “Ian Burkhart concentrated hard. A thick cable protruded form the crown of his shaven head. A sleeve sprouting wired enveloped his right arm. The 23- year- old had been paralysed from the neck down since a diving accident four years ago. But, in June this year, in a crowded room in the Wexner Medical Centre at Ohio State University, Burkhart’s hand spasmed into life.”  This should be the only case why the “real cyborgs” should exist since it’s helping someone with paralysis to move and like him this type of technology can help other people maybe with paralysis too or maybe other disabilities.

In conclusion I feel this is so important because is going to help people that really need it and not people that want to be “superior” to other people or like maybe people that  just want to brag about how they can do things that “regular” people can do. Technology can really help people but they can also demange people a lot.  I think that also the “real cyborgs” should only be legal for people with disabilities and be illegal to people who has the capacity to do things by themselves without help and that they are mentally and physically able. People should not get this because everyone should be equal and not because they have like parts of a robots should be treated different from the rest.