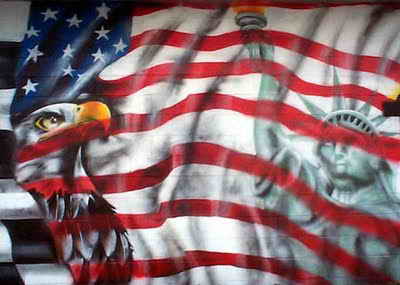 Life in America isn’t always the easiest. Nor is it always the land of opportunity. But people still move on and work for their goals and stand for each other for America to prosper. That I believe is the number one creed of Americans. The creed is hard work and prosperity. No matter how tough things get it always seems like Americans work through it because they know they will make an opportunity for themselves or it will somehow come to them. ”The millions who have nothing for our pay—
Except the dream that’s almost dead today… America will be!(Hughes 1994) uses this in his poem Make America Great Again. This is an example that even at the lowest lows people still have dreams and believe things will get better. “I have a dream that one day this nation will rise up and live out the true meaning of its creed: “We hold these truths to be self-evident, that all men are created equal.(King 1963)” MLK has acknowledged that America is at a low but will rise again achieve the creed of equality. This creed for equality and prosperity is so strong in America that even when people hit lows they still keep going. “Life for me ain’t been no crystal stair. But all the time I’se been a-climbin’ on.(Hughes 1994)” The last example is from Langston Hughes Mother to Son poem. This is saying life wasn’t easy but she kept going. She kept going because she had the drive for her to succeed and support her family. The drive for prosperity is so strong it better people. Everyone has different creeds but this creed I believe is in every single one of Americans because we are so thirsty to succeed.

Langston Hughes, “Mother to Son” from Collected Poems. Copyright © 1994 by The Estate of Langston Hughes. Reprinted with the permission of Harold Ober Associates Incorporated.