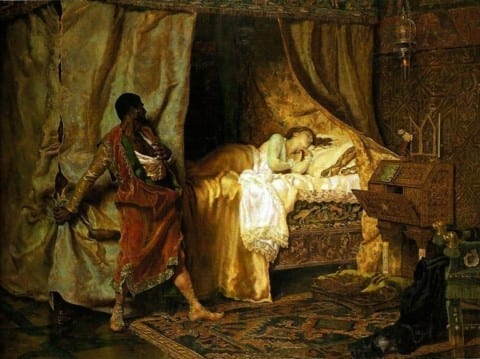 Hello, I’m Mireya Amezcua. The lines I picked for Othello are Act V scene II lines 1-10.  I decided to pick Othello, because what is to come after this part is chaos. I also believe Othello is a strong character and this is his breaking point. I wanted something to foreshadow what is to come. When practicing, I did not have much emotion which is something I really wanted to convey. Othello is one in command, I felt like he knew what he was doing yet he was double thinking it since he loves Desdemona. In reality Othello is exasperated, trying to find reason, but shows that he cannot. He doesn’t want to do it but in a way also convincing himself. I understood when performing that Othello is wary, distraught, because she wouldn’t do such a thing but Othello was shown the “evidence.”