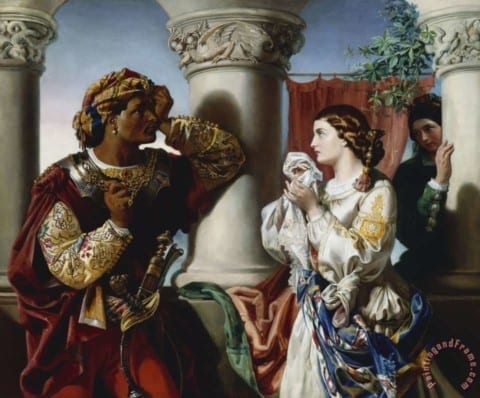 For this assignment, I chose to record myself as Othello, addressing her in lines 2.1.199-209, during his return to Cyprus.

I liked this passage, because it reflected just how deeply rooted the emotions in Othello were, particularly early on in the play. Since he was obviously not so loving towards the end of the play, this passage highlights just how difficult the emotional transition must have been. I believe my personal tone and inflection in this recording were indicative of the power that Othello puts into these words; he literally says that if every “calm after the storm” situation were as sweet as his returning to Desdemona, he would wish that winds would blow so hard they would pull the dead from their graves.