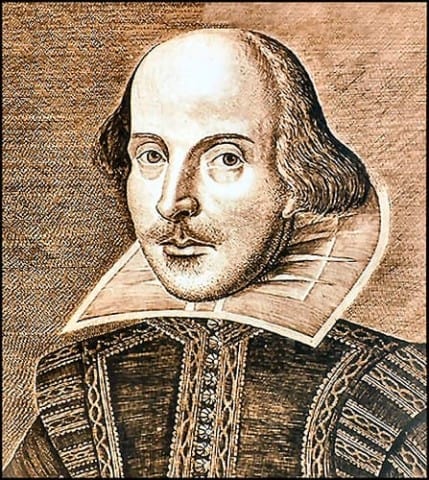 In this scene, Desdemona’s father had just found out that his daughter eloped with Othello. Fuming, he asks her where her loyalty lies. This is her response

I’m conflicted in this situation:

You have given me life and raised me

I love and respect you;

I am still your daughter: but now I have a husband,

And I saw how my mother obeyed you.

So as much as my mother obeyed you,

Listening to you over her father,

I have to say

I will to the same for Othello

Analysis: In her argument, Desdemona uses comparaison to make her father’s rage seem irrational. She compares her father’s happy marriage to her potentially happy marriage. She knows that if his wife and her mother would have listened to her father more than her husband, he would be bitter. She argues that if that is the case, although she has a “divided duty” (1.3.209) she owes Othello the same respect that her mother showed her father. She essentially turns her father’s argument against him and makes it seems hypocritical.

Before this speech, Othello’s last soliloquy, Othello kills his wife because Iago convinces him she was cheating when she wasn’t. When officials come to investigate, they find out that Iago tricked Othello into this nasty deed. They are about to take both of them away when Othello starts speaking.

Hold on; let me say something before you leave.

I have served the country, and every one knows it.

Remember that. Please in your letter

When you talk about the tragedies that occured today,

Talk about me as you know me, don’t exaggerate anything

Describe me not as someone made jealous easily

But being masterfully manipulated.

Analysis: In this passage Othello is pleading to keep his legacy in tact. Right after this speech he kills himself so clearly there are no other conflicting motives. To convince the officials that arrest him to preserve his legacy as a respected general rather than a jealous murderer, he employs the tactic of repetition. He repeats the phrases “speak of me” (5.2.402) over and over. This is effective because all of these people, with the exception of Iago, the man who tricked him, trust Othello. By saying speak of me, the first thing that comes to their mind when they hear this command is to speak of Othello as they know him. By hammering this command into their brain, he evokes the sympathy of the officials, and grants him status as an amazing person that tragically fell from grace. In essence, he passes all the blame to Iago. It seems to work as the officials carry justice out early and stab Iago after Othello kills himself.