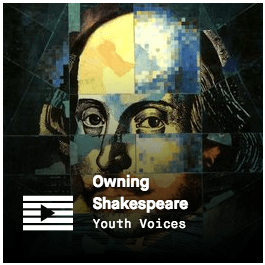 Desdemona: 1.3.208-218
My noble father,
I do perceive here a divided duty:
To you I am bound for life and education;
My life and education both do learn me
How to respect you; you are the lord of duty;
I am hitherto your daughter: but here’s my husband,
And so much duty as my mother show’d
To you, preferring you before her father,
So much I challenge that I may profess
Due to the Moor my lord.

Desdemona is speaking to her father after he is told that she eloped with Othello. He feels betrayed and Desdemona rushes to explain herself to him. She explains to him that she respects how he raised her and taught her so well, but it is now time to give her life and respect to her husband, Othello. In this soliloquy, the word “bound” is being used figuratively rather than literally. More specifically, line 210 states “To you I am bound for life and education;” Here, Desdemona expresses that she owes her thanks for her father giving her life and education. She is attempting to explain how she does not want to discredit her father for all that he has done for her, but it is now time to depend on her husband.

My mother had a maid call’d Barbara:
She was in love, and he she loved proved mad
And did forsake her: she had a song of ‘willow;’
An old thing ’twas, but it express’d her fortune,
And she died singing it: that song to-night
Will not go from my mind; I have much to do,
But to go hang my head all at one side,
And sing it like poor Barbara. Prithee, dispatch.

The soliloquy above illustrates the moments after their dinner, when Othello dismisses Desdemona to go to bed, telling her he will follow shortly. In the previous scene, Othello has continuously accuses Desdemona of being a whore and sleeping with Cassio, as he is told by Iago. It is obvious that things are tense between them, and Desdemona being so in love with Othello, is very hurt by his accusations. When she recites these lines, she is speaking with Emilia on her way to bed and hints to the fact that she might die soon. Line 31 of the passage above uses a hyperbole in which it states “and she died singing it.” This is obviously an exaggeration used by Desdemona to create the dramatic effect of the story she tells about Barbara. Desdemona tells this story in comparison to her own, which hints to the fact she feels as though this is how her story with Othello will go.