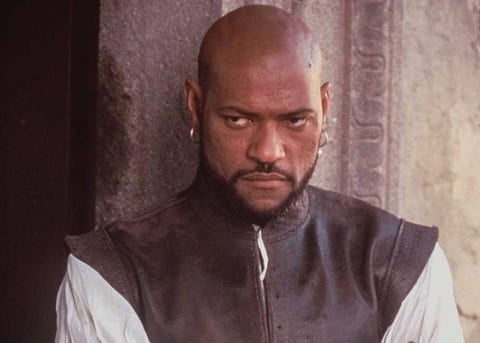 Background: Desdemona has just told her father and the Nobles about her marriage to Othello, and that she loves him.

I have a divided duty here:

You’ve given me a life and upbringing, which has obliged me to you

And through that life and upbringing I’ve learned to respect you, you’re my father and I owe you my obedience

I am your daughter: but I’m also a wife

You, holding you above her father,

I should be able to do the same

For my lord The Moor

Analysis: In this passage, Desdemona is sort of standing up to her father.  She’s somewhat torn over her duty over the roles of wife and daughter, but stands her ground as wife.  She’s standing up to her father in front of the Nobles, which shows a lot of strength in her character for being brave enough to do that.  It also shows how much she loves Othello, that she is willing to go up against her father and her life to be with him.

Background: Iago is alone on stage at this time, his wife, Emilia, has just left him with the handkerchief Othello gave to Desdemona.  This is the handkerchief he asked her to steal and his motives are revealed in this soliloquy.

I will leave this kerchief in Cassio’s room,

And leave it for him to find.  This small item, which seems of little importance,

Will be a strong confirmation to Othello

As strongly as he believes the bible:  This may what I needed.

Othello is already starting to doubt her:

Dangerous ideas are, by nature, poisonous.

At first they are scarcely something to be weary of,

But with a bit of action on them

Analysis: Iago’s wife, Emilia, has just brought him Desdemona’s handkerchief.  This handkerchief was a prized handkerchief that came from othello’s mother, so losing it would be a big deal, but finding it in the room of another man would be a bigger deal.  Iago knows that Othello has a jealous temper, but he needs proof before flying off the handle, and this handkerchief is the proof. He’s already planted the seeds of doubt by mentioning he thinks they’re having an affair, but Othello will believe him now that there’s a tangible proof that Desdemona is cheating on him.