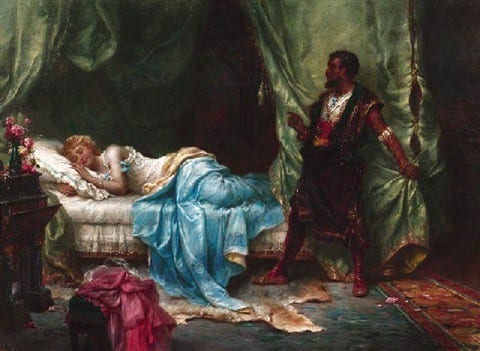 I chose to recite a passage from the play, Othello. The passage I recited, 1.3.208-218, is originally spoken by Desdemona as she defends her marriage to her father. As I recorded the passage, multiple times, I came to see that the smallest change to the tone, pace, or wording of the passage can significantly affect the portrayal of the person. Longer pauses with a lower tone can add a sense of a more pensive and somber individual. Faster paces can often imply that a person is more confident or dishonest. Emphasizing different words can change the meaning of sentences, leaving the listener with a distinct impression. Narration is a subtle art that requires great skill and talent.

While reading the lines of Desdemona, it became clear she was torn between her father and husband. She acknowledges she owes much to her father for raising her and providing education, yet, at the same time, she believed she now owes her loyalty to her husband.  Choosing between two significant men seems a difficult task, so Desdemona relies on the example that has been set before her. Her mother gave up her father and shifted her allegiance to her husband, Desdemona’s father. This acts as the cause for Desdemona to put her husband, Othello over her father, a decision that is truly difficult for her.