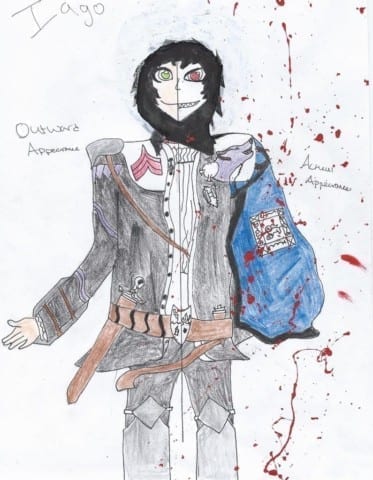 I chose Lines 226-236 from Act II Scene III in “Othello.” I played the roles of Cassio and Iago in this excerpt.

I learned that for you to be involved with the text, you need to be one with text and put yourself in that scenario.

I found out that Iago is more than two-faced. I saw this because to be Iago you need to have a different voice.