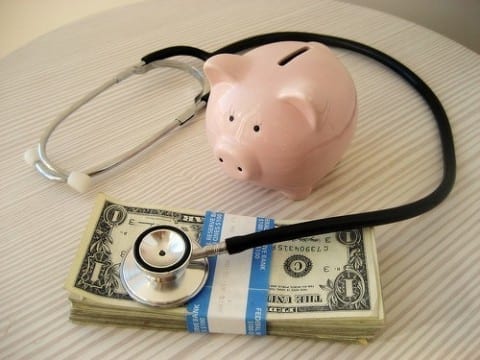 There’s no doubt that the present system for providing healthcare has flaws and needs to change. Opponents and supporters of universal healthcare both believe this to be true. The disagreement starts on how the system should be improved.

Opponents of Universal health care in the United States argue that universal healthcare hasn’t worked at the state level, so it couldn’t possibly work at the national level. New Jersey passed individual health insurance reform making it easier for the uninsured. The cost for a $500-deductible 80/20 plan—where the insurance company pays 80 percent and the insured pays 20 percent—ranges from $16,880 per year with one insurer to $85,200 per year with another. The average current cost is $30,000 to $35,000 per year. Kentucky guaranteed all health insurance coverage to anyone regardless of health status. This resulted in 45/47 insurers leaving the state.Tennessee put all of its citizens on Medicaid. The program consumes more than one-fourth of the state’s budget even though politicians promised that it would cost less than the state’s Medicaid program would.

This argument is based on insurance, and insurance is crucial in analyzing the possibility of universal healthcare in the United States. Many opponents believe that a universal healthcare plan can only be based upon a single payer system, “Single-payer systems control medical costs primarily by limiting the price it pays for medical services. This is essentially the premise of Medicaid and Medicare, which account for roughly 42 percent of every dollar spent on medical care nationally.” In an article I analyzed on hypothes.is, President Trump said “…a single payer healthcare plan [is a] curse on the US and its people”. These government programs work because they’re national and allow medical-care providers in each state to charge non-government payers more to cover the underpayment from Medicare and Medicaid.

If the United States set up a universal system, providers could no longer shift costs from one payer to another. Which could significantly reduce provider income. Another concern opponents have with single payer systems is that they usually have a cap, which means that there must be rationing on spending.

However, there is not only the ‘single payer system’ method of universal healthcare and insurance. Just look at Europe. Nearly all European countries have some kind of universal healthcare/insurance, and they’re not all the same. Britain, Italy, Spain and Sweden all rely on a a system in which the government takes over both health insurance and the provision of care, employing doctors and running hospitals. Everyone is enrolled in a national government-run health system, most health care is paid for by the government, usually free of charge, and most doctors work for the public health service. But there are also some private doctors and hospitals, and private insurers offering supplemental plans for those who can afford them. France and Canada are both based on a single payer system in which the government provides universal health insurance, but leaves much of the provision of care to the private sector. Doctors are mostly private, but the basic insurance schemes that provide universal coverage are government-funded. The Netherlands and Switzerland both rely on a system in which  the government leaves both insurance and care to the private sector, but uses regulation, government subsidies and an individual mandate to guarantee that everyone is covered. Health insurance is handled almost entirely by private insurance companies, doctors and hospitals are generally private, and coverage is universal because citizens are legally obliged to buy it. The government keeps premiums affordable by pumping in generous subsidies, and bars insurers from rejecting those with pre-existing conditions. There are also combinations of these methods. Germany falls somewhere between a single payer system and the system of the NEtherlands and Switzerland. Most citizens are covered by government-administered schemes, but those earning above a certain threshold can choose to buy private health insurance.

Another common argument opponents bring up is that universal healthcare will be too expensive. They argue that this free healthcare isn’t really free, citing Canada and its way of funding healthcare through taxes on gas, alcohol and cigarettes as examples of this. The topic of how to pay for a better healthcare system are a roadblock in the discussion on universal healthcare.

Anna, I thought this post was extremely well written and researched, I genuinely enjoyed reading it. I liked how you discussed the issues with improving universal health care and that you said people on both sides of the matter agree that change needs to be made. Thank you for your post! You may enjoy this article for future research: https://www.thebalance.com/universal-health-care-4156211.

Thank you for presenting this argument. Unfortunately, the cost of universal health care isn’t the only concern; another is the quality of the care and the speed thereof. Take a look at Canada; they have universal health care. However, the wait time for health care, on average, is 15.4 weeks in Ontario. That is absurdity! As a basic rule of economics (which does indeed tie into this), public goods and services will be worse than private goods and services by default; private doctors will be able to see their patients in a matter of hours while the government struggles to see its patients after weeks. Overall, privatization of all things is the answer to this much-larger problem.