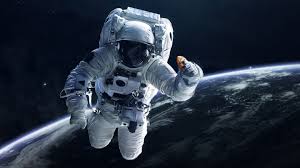 NASA or the National Aeronautics and Space Administration is a US government agency responsible for science and technology relating to space. This often means crafting space vehicles and missions that allow the US to explore and understand our universe. This has become a controversial Administration in terms of spending. Some people argue that NASA is a waste of taxpayer money and that money could be better spent somewhere else. Whereas in reality NASA is a good source of taxpayer money that works not only to help us explore the universe but also develops technology that is detrimental to life in the US.

Those who are against the federal government putting so much money into NASA argue that much of the budget for NASA goes into designing and building large structures that are no longer in use. For example launch pads that are built but are not in use, additionally these structures cost millions of dollars to maintain each year. Many projects that they have received money to make are not finished being built and are just wasting away not getting worked on. The money that is spent on NASA could be spent somewhere else much more effectively, for example it could go towards education, health care, or infrastructure developments.

These arguments are true, in that there are problems with the funding for NASA, but this does not mean that NASA should be cut out altogether. When money is given to NASA it is given for certain projects, that means that NASA does not get to choose where the money they are given actually goes. This means that politicians can cut off funding for any program whenever they want and this is especially prevalent when presidential administrations switch. This is a problem because many of the projects that NASA work on need more than four years to make and put into use, when they aren’t able to receive funding to finish they will go uncompleted. Additionally NASA is very important not only for the space vehicles, satellites, and probes that they make but the technology that they develop while making these things. Without NASA we would not have memory foam, comfy tennis shoes, or scratch free glasses. The work that NASA does is necessary for continuing in our country’s greatness, instead of cutting funding for NASA the government should do a better job of giving consistent and properly allocated funding. In fact, studies show that in the years that NASA receives more funding they tend to do really cool things, for example, going to the moon.

Wesley, I thought that your article was very informative about the importance of federal funding towards NASA. I agree that NASA is a significant and innovative agency in the United States and it makes sense that we should want funding to go towards it in order to progress advances in technology. The quote, “Without NASA we would not have memory foam, comfy tennis shoes, or scratch free glasses.” I found very fascinating as I didn’t know that these inventions were because of NASA in particular. You also mentioned in the first paragraph that NASA also develops technology that is detrimental to human life. I would say you should add some examples in your second paragraph to strengthen this part of your thesis.

https://www.thebalance.com/nasa-budget-current-funding-and-history-3306321
Additionally, this article above talks about how the government investing money in NASA could actually improve the overall economy. I think this could strengthen your argument as well.

I’m looking forward to what you write next!
– Bella