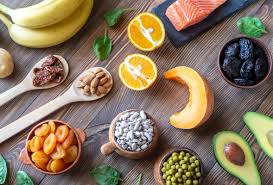 Is it true that fruits and vegetables are more expensive than junk food?

In today’s society in America, we encounter a problem with obesity. The common scapegoat is that the lower class families can not afford healthier foods because they are “too expensive”. So, is healthy food really more expensive than healthy foods?

In an article written by Clara Williams titled,  “Eating Healthy Might Prove Too Expensive for the Poor: Fruits, Vegetables May Break a Low-Income Families Budget,” she argues that fruits and vegetables are more expensive for a variety of reasons and that the government needs to step in. Williams uses sources such as doctors and scientists who have researched the effects of eating healthily as well as poorly. Williams quotes, “ “If you took the price of fruits and vegetables down by 10 percent, consumption would not increase,” he says. “There are barriers that go beyond the issue of price. For example, if you pay for health insurance, it doesn’t mean that health care improves.” This gives an example of how the issue of unprocessed food prices are higher in comparison to processed foods. In this article, Williams explains that low-income neighborhoods contribute to the lack of healthy foods in the house-holds. Supermarkets in these types of neighborhoods do not have extremely appealing produce all the time, therefore families/individuals are not inclined to buy it. Instead, they are inclined to buy the packaged foods that have been marketed to appeal to you all the time. In order to fix this problem, Williams suggests that the government should step in and provide more money.

On the contrary, many believe that healthier food is either the same price or in some cases cheaper than processed foods. The main factor in this argument is convenience. In an article called, “Is Healthy Food More Expensive Than Junk Food? the author, Chris Muir, writes that junk food may in fact be more expensive than healthy food. Muir uses data and studies to show that healthy diets cost $1.50 more on average a day than an unhealthy diet, but in the long run, healthy diets will make you feel fuller and satisfy you more. In his article, he justifies his argument by showing the weight of healthy food to junk food; the ratio of weight to price in healthy food is much lower than the processed food.

In brief, I agree with both articles in specific ways. I believe that processed food is more convenient, but can be more expensive than say a banana or an orange. I do agree, however, that there is an economic problem contributing to lower-income families not having access to healthy food items. I think if the United States would focus on decreasing the wage gap, we would have a healthier society overall.

I think you put some really good points across, though I would make sure to quickly read over what you submit because you said, “so, is healthy food really more expensive than healthy foods?” and I totally get what you meant to say but I think the added clarity of proof reading would make your points shine even more. I’m also curious if you think that if healthy options were more convenient that would add to purchasing power? I’d love to see another essay from you since you seem interested in healthy food in lower class families to explore if there are any options to make it more accessible. Maybe this article could help with that! https://time.com/4242944/making-healthier-foods-cheaper-could-save-millions-of-lives/