Opposing view points on how hacking can be malicious

Home Opposing view points on how hacking can be malicious 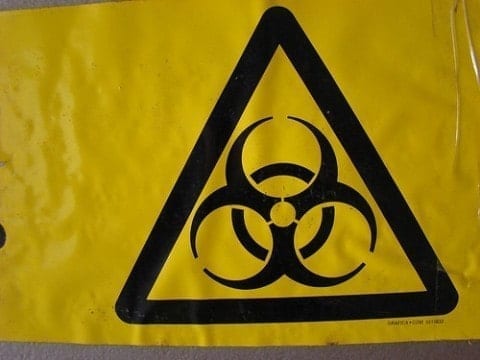 Article 1
Exploding the myth of the “Ethical Hacker”

This is an article about the differences and when it becomes using hackers for malicious uses.
The term “Ethlical Hacker” encompases two different meanings. One is that it refers to someone that has been convicted of a computer related criminal activity or (2) that it is someone who thinks a certain way about technology.
The article has different ways of defining what hacking is. The two ways that stuck out to me are that it say that some hackers would try to say that they’re not criminals but instead they are activists. Others will say that they are simply trying to point out how weak the security of a selected company or organization is. The article argues that hackers are not the criminals as it is their job to break into or find a way to access information that is supposed to be secured, but what is done with the access to that information or with the info is the deciding factor. Companies that would go to hire a hacker will find that they see that there is a lot of benefit to what a hacker can do for them. One of the main things being that they could test their system and see how secure it is. The need for the term ethical in front of the word hacker is not needed as hackers do not play by the rules. With the amount of skill that any “hacker” might posses, they would be able to find all the flaws in a system and open it up for improvement.
The use of the term ethical hacker means that someone is using their resources and creativity to break into some place that they shouldn’t be without the criminal intent that most hackers have. While hiring a hacker could lead to security improvements, whether you like it or not they are still a hacker.

Article 2
What is the most effective way to combat hacking?
Naturally, as the world becomes more and more in tune with the online world, and using online methods to not only store data but share it. People are opening themselves up to cyber attacks or hacking that would allow others to access their personal data and be able to use it for things such as identity theft or other uses. Companies and organizations often have loopholes in their online systems that act as backdoors for hacker to enter through and be able to gain access to their confidential data that they may want out of the light of the public. While there are ways to test the strength of your system or network, there is only so much you can do to prevent someone from breaking in. The article states the the first known examples of “ethical hacking” were with the us military/ It was over the files that were classified operations and it was meant to test the vulnerability of its information system to hackers. While these tests were controlled, they were meant to learn how to better improve the security. While people were trying their bests to secure their online data, improvements have been made in how people store physical data in ways such as USB drives or even hard encrypted CD’s. Two people known by the names of Farmer and Venema saw that accessing data through computers was opening all new ways to be able to not only attack people and places but also it could be used to help guide the people to protect themselves from further attacks. With these breakthroughs, people had begun to start to create online software that people could buy for more security or ones that were posted to forums that were free to the public saying that the program would help to secure the data that they wanted to keep private.

Article 3
Hackers a not a threat to cybersecurity

This article seems rather biased to me on the fact that they seem to be using the same argument for most of the time. That argument being that there is no physical harm that hacking can cause. While I disagree indefinitely, I believe that hacking of satellites or missiles could lead to immense physical harm as opposed to how the article says that the only harm that could possibly come from hacking is leaked photos or shutting down a city’s power grid for a day. I think that hacking into the government programs could lead to leaked classified files that could put our military and country in harm’s way. The article says that cyberway is an exaggerated threat but I believe that continuous hacking of two countries could leak files or make things public that could lead to the downfall of a government or possibly worse. For example, Edward Snowden made public files that would lead to the an investigation of our government. The article also tries to argue that hacking is not the weapon but the information that is accessed is the weapon. I agree with this as it has been seen that hacking and providing information of a militaries plans could lead to an ambush on something that was thought to be confidential. While the US tries to make their networks as secure as possible, I think that we also turn right around and use the skill that we have available to spy on other countries. While hacking has its uses, I think that those who would use their skill for misuse could be put into our national cyber defense programs making our systems the strongest in the world. While there are different hacking methods, there are also different methods that are used to trace back the to who may be responsible for it. Such as placing IP traces in the code of the firewalls so that if broken, the tracer will latch onto the IP. The trouble arises when the hacker uses multiple proxies and vpns to bounce their IP from country to country making it harder and harder to trace who is behind whatever may have happened.