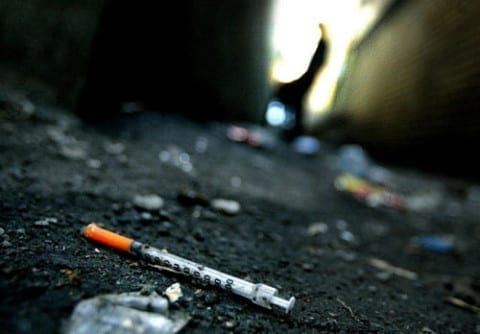 Dear Pharmaceutical Companies around the U.S,

From the year 2000 to 2014, there have been half a million people dying from drug overdoses(Rudd). This number goes up every year because a plethora of people start doing street drugs every day. Drugs have made an impact on Oakland because they are the cause of homelessness, deaths, and a lot of imprisonments.

Based on research, to get rid of overdoses and opioid poisoning, we can replace opium with other drugs or pain medication that won’t be as addictive as opium, we can provide knowledge to people on instagram to help them know how opioids work and how it can ruin lives, and we can provide rehab to people who are deep into the addiction so that they can sit back and realize how drugs are killing them and ruining their family.

The issue we are focusing on is overdoses and homlessness due to opioids and heroin. The website “Addiction Center” tells us how most opioid addictions started due to pain killers being distributed to people to ease pain after surgery or injury. Addiction has started from these pain killers because they are made from opium. The author, Cooper Smith, in the article titled “ What Is The Opioid Epidemic?” reviewed by Theresa Parisi, a certified addiction professional, wrote, “Large numbers of legal, American prescription users turn to street heroin after doctors refuse to keep prescribing pain killing medication. The rising cost of living and the over-reliance of residents on prescription opioid, has resulted in heroin addiction and homelessness for many in the urban city.”(Addiction Center) Painkillers prescribed for people with pain have made people want more of the drug so they turn to heroin. When the article said “addiction,” they meant that painkillers can cause addiction because of the opium used to make them, Pills take evidence of injury to get prescribed and heroin is cheaper so people addicted to painkillers turn to heroin to be able to feel the same euphoria. Knowing that pain killer pills make people addicted can help us understand to not use opium because it can cause people to start doing heroin. If we use other drugs like cannabis to get rid of pain.

In addition, children are also taking these drugs either to experiment or as medicine. As the article “Opioid pills ‘are like guns” published by the Washington Post and written by Ariana Eunjung Cha explained, there are a lot of minor citizens taking opioids either as medication or for recreational purposes. They also explained the danger of how opioids are for the kids who are around the people who take the drugs as medication. Children younger than 10 can take the pills on accident but children from 10 to the teenage years are the ones who either take the drugs to feel good or as a way of suicide. Washington Posts wrote, “According to an analysis of discharge papers collected every three years from a representative sample of pediatric hospitals nationwide, 13,052 children were hospitalized for poisonings from opioid prescriptions of Oxycodone, Percocet, codeine and the like during six years between 1997 to 2012. Of those, 176 died”(Cha). Children die from opioid poisoning or overdoses every year, there are over 13,000 kids in the hospital due to opioid poisonings and almost 200 deaths due to the poisonings and overdoses. When Washington posts wrote “representative,” they meant that big hospitals in the U.S have taken note that too many children in the U.S have been killed or have gotten poisoned due to opioids. Knowing that children are taking opioids because they are small pills that look like candy or use it as a way of suicide, providing knowlwge to them as children can help avoid opioid poisoning. If knowledge is given to children about opioids, their mind is more vulnerable so knowing opioids are poisonous can make them scared of opioids and children won’t fall at risk of overdosing.

We hypothesized that opioids are the cause of many overdoses and homelessness. So we designed a 15 question survey focusing on drugs in the Oakland Community. We wanted to know what is people’s knowledge of drugs and from it we got that 90.5% of Oakland citizens know that drugs cause euphoria and that’s what causes people to keep doing drugs. We also learned that 76.2% of people know how drugs interfere with work and cause homelessness. In addition we learned that 100% of people know how opioids kill humans.

76.2% of people know how drugs interfere with work and cause homelessness. It is important to know because if people know it will make them homeless, why would they do it?

Based on research, it is clear that most Oakland citizens already know how drugs affect people and how they are able to ruin a person’s life. We still need to educate people so that we are able to have 100% of people on the same page and have them know that drugs aren’t supposed to be played with due to the dangers they can have.

Pain killing medicine is really important when it comes to post surgery or when someone has chronic pain that they can’t stand. It can make people feel really good after taking a pill but sometimes their head takes over their actions and they take too much of the medicine. But pain medicine is made up of a very addictive substance called opium. This can lead to the person wanting to take this medicine repetitively and potentially overdose if they take too much. Opium is too dangerous because after the medication if the user craves the drug too much they might want to switch to its closest form called heroin. Heroin is the same class of drug as Codeine, Oxycontin, Percocets, etc, except Heroin reacts slower. all of those medicines come from opium and if we change from opium to another pain relieving substance called cannabis, it will have the same effect except it won’t make the user heavily addicted. Its effects might make the user have other effects such as making them high, giving them hunger, and making them extremely lazy, but after the medicine is done or once the patient doesn’t feel as much pain, they won’t end up addicted so badly that they can end up wanting other street drugs that can make them homeless.

Aim #2 Use propaganda to educate people on social media.

A lot of people buy their drugs online because you can have anonymity and get them cheaper. But if we can tell people how drugs can ruin someone’s lives online before they even buy them, they can probably back down from buying drugs such as counterfeit pills and heroin. This plan means that we need to make an  instagram page that is named after big drug incorporations online so that if people plan to buy any drugs, our instagram page is shown along with any other drug stores on instagram. This page will contain contact info to rehab in the bay area, info about drugs and what part of them can damage your life, and tell people the danger of overdoses. People will probably see the dangers and think twice making them not want to buy a drug that can change their life.

Some people are already deep into an opioid addiction, those people don’t care about anything in the world. The only thought in their mind is to get a new pill or get heroin so that they can get rid of their opioid withdrawal effects. But if I had no limitations, I would pick up what seems to be intoxicated people and take them into a mental hospital, where they can do anything while their withdrawal passes away. Keeping them in there for about 1 month will probably be enough to make them forget that they even need a drug in their system. Then for another year we try to keep up with the person checking in every week and see if they have done any more drugs within the time they have left the hospital. If they are sober fully, we let them be free. But if they have a drug in their system by each of the check ins, they get sent back to see if we can help them out. However, a challenge is people may relapse.

In summary, Based on research, to get rid of overdoses and opioid poisoning, we can replace opium with other drugs or pain medication, we can provide knowledge to people through instagram, and we can provide rehab to people who are deep into the addiction so that they can sit back and realize how drugs are killing them and ruining their family. These aims can get us closer to gutting the line down on the opioid deaths in the U.S or across the world. It is important to help people understand the dangers of opioids because lots of people die and my goal is to have less people dying from opioids.

This article is credible because it is firstly current and published on Jan 1 2016. Additionally, it is a reliable source because it comes from the government and they focus on different causes of deaths such as drugs. The material is also accurate and information about the parade is confirmed by other websites. Lastly, the purpose of this piece is to inform and not persuade or sell.

This article is credible because it is firstly current and published on Oct 1 2016. Additionally, it is a reliable source because it comes from the Washington posts which try to get the best most correct news possible so they have professionals check the articles.. The material is also accurate and information about the parade is confirmed by other websites.

smith, cooper. “The Opioid Epidemic: What Is It and What Can You Do?” Addiction Center, Addiction Center, 28 Apr. 2020, www.addictioncenter.com/opiates/opioid-epidemic/
This article is credible because it is firstly current and published on May 28, 2019. Additionally, it is a reliable source because it comes from people who are getting help from addicting drugs and they get the most accurate answers from the direct source. The material is also accurate and information about the parade is confirmed by other websites. Lastly, the purpose of this piece is to inform and not persuade or sell.