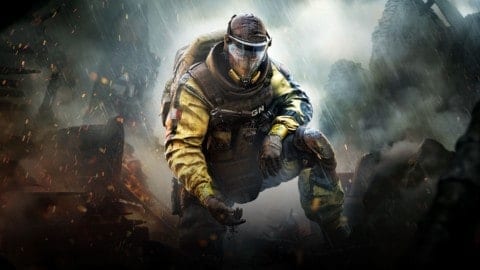 The game has up to 50 million players as of September 2019. Rainbow six is a game where there are 3 game modes, Bomb, secure area, and hostage. These game modes consist of a 5v5 and if all the enemies are dead you win the round but in the game modes, the objectives can get you the win as well.In the bomb game mode you have to plant the bomb and prevent the defenders from defusing it. Winning is very satisfying especially when you are playing ranked because then you rank up and play against other people that are in the same skill level.

The tactical realism is basically how realistic the game compares to real life. Realism is different because it can vary from graphics to how detailed the game is. Recoil control is an example of tactical realism. For example, using an assault rifle in another fps game the guns recoil control is stopped by an attachment or by just looking the opposite way. In R6 recoil control has a pattern so when you learn the pattern you just do the opposite of the pattern and you shouldn’t have any recoil. Recoil is the spring a gun has and that is what sets the gun to spring up. Another would be headshot damage. For example, in other fps games like Call of Duty, the falloff damage for headshots don’t instantly kill an enemy. In R6 Headshots are 1 shot instant kill.

My last point would be the game engine that the game runs off and why the engine matters. Rainbow six siege runs off the game engine AnvilNext2.0.This is important because its how the game runs off its in-game realism. Rainbow six uses one of the most realistic engines. Rainbow six is a different game every single round. The game can be played outsmart with callouts of where enemies are roaming And were the objective is, or rush into the objective the first 30 seconds of the round. But This doesn’t bring any evidence of why the game is realistic. The rounds are different because every round you can take a new route to get where you want to go. A lot of the walls in the game are called “soft walls” and these walls can be breached with just about any in-game operator. When enemies are defending and you are attacking some bomb sites That are downstairs or upstairs and with this scenario you can bring a breaching operator like one called ash and breach the floors to get a better angle on the enemies and they won’t see where you are coming from.

You can make the switch to Rainbow or you can just stick to whatever type of FPS games you like. I won’t make you choose rainbow over every game. This is just an opinion based letter.