One Thing We Should Take Seriously

Home One Thing We Should Take Seriously 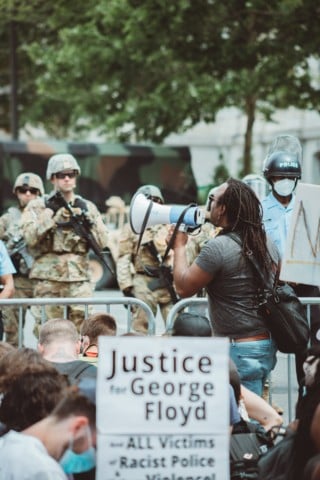 In the Introduction and the first four chapters of Jason Reynolds’ and Ibram X. Kendi‘s book, Stamped: Racism, Antiracism, and You (Kendi and Reynolds, 2020), the authors have written a book about racism, and I think this is important because many Black people today are still getting killed as opposed to other races. Learning the history of racism shows what it was like back then, how they got called names and beat. This book matters to me as a Dominican because there are different types of racism based on skin tone. Dark-skinned Dominicans get treated differently than light-skinned Dominicans. Also sometimes Dominicans get told: “Go back to your country.” I see this a lot.

When we consider the issue of racism and antiracism, some might wonder: Why do we need to read about these things? Kendi addresses this question. He says that he wants us to understand how racism impacts us today.

Kendi writes in the Introduction: “I want you to understand racism today to understand how it is affecting you and America today.” (Click here to see my comment.)

This is basically saying that, all over the world, racism is one thing that we should take seriously because many people are getting killed.

Another point Kendi and Reynolds make in their book is: “Racist ideas cause people to look at an innocent Black face and see a criminal” (paragraph 8 of part 1). This is important because it racism is a belief or doctrine that inherent differences among the various human racial groups determine cultural or individual achievement, usually involving the idea that one’s own race is superior and has the right to dominate others or that a particular racial group is inferior to the others.

A third point addressed by Kindi and Reynolds is: “I watched the televised and untelevised life of the shooting star of #Black Lives Matter during America’s stormiest nights.” (paragraph 7 of part 1) This is significant, and it reminds me of George Floyd when the police arrested him and he couldn’t breathe. That had an impact on everyone.

What we can appreciate about these writer’s work is the way they talk about the racism that has been going on for a long time. We can look forward to seeing what they write next, because they are going to talk about how racism developed over the centuries.