On: Foundation, By Issac Asimov

Home On: Foundation, By Issac Asimov 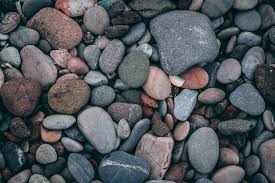 Foundation is one part of a long series containing seven separate books about the fall and rebuilding of the Milky Way’s Galactic Empire. Foundation, the second in the series focuses on the collapse of the Empire and the founding of the Foundation. In the first chapter we are introduced to Trentor the center of the Empire and home to the Emperor. Asimov’s description of the total urbanization of Trentor is beautifully done as the character whom we are first introduced to is Gaal Dornick who travels to Trentor because of a job opportunity at the Foundation. Gaal is introduced as a more rural mathematician who desperately needs work, and is widely unaware of how people live in the center of the Empire.

We are also introduced to Hari Seldon the leader and founder of the Foundation. When we meet Seldon we are also introduced to the idea of PsychoHistory and its applications. PsychoHistory is described as a prediction of the future based purely on the application of highly sophisticated mathematical equations based off of statistical facts and census records on the Empire (page 19). And with this data we learn that Hari Seldon as a PsychoHistorian has predicted the “total destruction” (page 22) of Trentor because of its growing reliance on resources from other planets, and the Emperor’s weakening grasp on the Empire’s prefectures (especially the outer ones).

The other portion of the book focuses on the Foundation’s legacy on Terminus which lies on the outskirts of the Empire and therefore the Galaxy. We are also introduced to new characters with one of them being Salvor Hardin who is the Mayor of Terminus fifty years after the Foundation’s exile to Terminus. From part to part, this book is split into five different pieces, each being a number of years apart from the prior one. Asimov uses these time jumps to show us how small decisions made in days impact the years to come, along with the short lives of humans compared to their civilizations.

Asimov shows a unique point of view through this book that is the collapse of a science fiction world. In my experience, many writers choose to focus on instigating the collapse of their empire, or the aftermath of the collapse (some may even consider this to be the boundary between sci-fi and dystopia). However, asimov chooses to highlight how people deal with the collapse of society around them, and how with only little guidance they are able to start their way onto preserving knowledge and what is left of their society. Realistically, whenever we study the collapses of nations or Empires they seem so short, or proportional to their influential value, Asimov also takes this into consideration as he focuses on Terminus and the Foundation, rather than Trentor and the center of the Empire. Additionally, if we were to think that the collapse of Empire are proportional, then the collapse of a Galactic Empire that has stood strong for 12 thousand years would surely see vast repercussions from one end of the galaxy to the other- which are described in Foundation.

Overall, I personally enjoyed Foundation by Issac Asimov. It is a very dense book, so I would recommend it to those who enjoy reading about history, or the more strategic parts of Science fiction. It is definitely not for everyone, unlike some other books, but it can be thoroughly enjoyed by some who like a good bit of Science fiction with a dash of politics and the trouble that ensues.