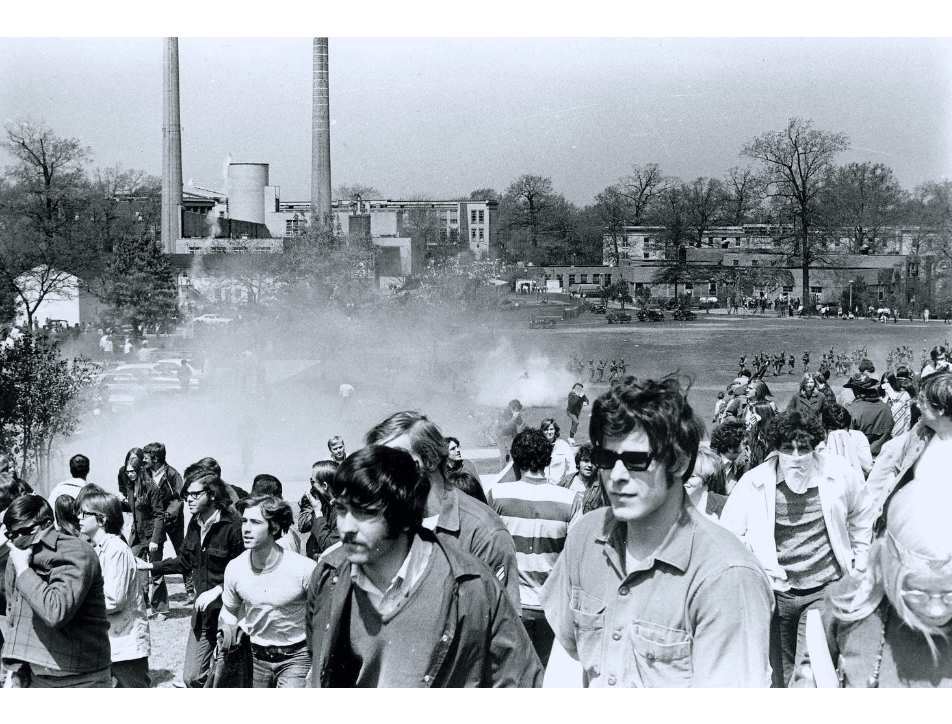 In the article, Four Dead in Ohio, (Upfront, Elder, 2020 subscription required), I learned that National Guard troops shot unarmed Vietnam war protestors. This sent extreme shock waves across all of America. In May of 1970, this tragedy happened. A few days before the troops had tried to restore order after someone set fire to the R.O.T.C (Reserve Officers’ Training Corps). Kahler was an unlucky bystander that was hit after the fourth or fifth shot that was fired. Kahler knew, almost instantly, that he had been shot in the spine since he had felt almost nothing.

I believe that this is an extremely sensitive topic because four people died and many were injured. Kahler was one of those who were injured by this mess but was luckily able to survive. Witnessing the troops kill and injure unarmed students made this conflict a greater issue.

0
Please leave a feedback on thisx
How can abuse of authority be monitored?

I am intrigued by your post because I never knew this situation even happen its sad to know innocent unarmed Vietnam protesters were shot.

what stood out to me in your post was when you mentioned how Kahler knew he had been shot, this is sad because he knew that he had been hit because he couldn’t feel anything in his back because that’s where the bullet had impacted him.
Thank you for posting Lizbeth I look forward to more of your posts.

I am appalled by your post, “Ohio’s Four dead” because there have been so many times when authorities have taken advantage of their power/ position and done whatever they wanted. Although I think it’s a great thing you are bringing more attention to the abuse of authority problem.

One sentence that stood out to me is “Kahler knew, almost instantly, that he had been shot in the spine since he had felt almost nothing.”. This is sad how a person could have already known where they have been shot at as if the officers didn’t care for human life.

Thanks for your writing, I really look forwards to what other concepts and topics you’ll be writing about.