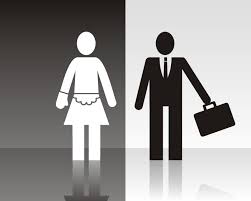 After concluding research on Odd Future and formulating a rough paper, alternate sources of information were utilized to finish off the final assignment. One of the most beneficial sources I was able to find was THE FADER, a website dedicated to hip hop and rap music.

The article I used was titled “10 Female Fans on why they Love Odd Future” and shed light on why the group is more than just brash musicians but to many a relatable and grounded source as they face their day to day struggles. One fan citing Tyler, the Creator as the man who gave her hope and convinced her to continue her fight with depression rather than give up.

Another more notable and reputable source I was able to find was a podcast from NPR’s Frannie Kelley, “Why you Should Listen to the Rap Group Odd Future, Even though it’s Hard” makes the compelling argument that the ensemble hardens back to the early age of rap, and sings about things typically kept hush, such as drug use, emotional abuse, and growing up in today’s society as a teen expected to surmount to little or nothing.

After concluding my work on this paper, I gained a new appreciation for the abrasive words of Tyler and his cronies, and admire their courage to be their exuberant selves in a world that are constantly pushing for them, for us, to grow up faster. Tyler and Odd Future captured the perfect few years of adolescence we all treasure and produced soundtracks to youth in accordance with it.