One of us is Next

Home One of us is Next

October 28, 2020May 1, 2021, Books or Plays, Character Traits and Relationships, Fall 2020, Guides, Literature Guides, Showcase, Writing & Communication, Harvest Collegiate High School, Minato, One of us is next, 8 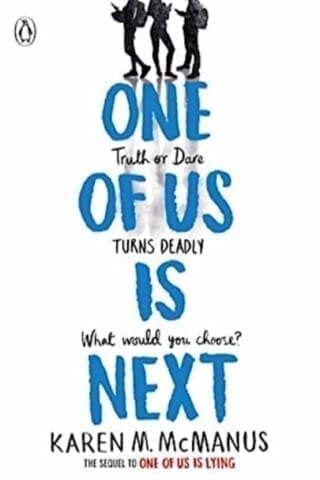 Phoebe , the protagonist in One of us Is Next , has a few traits that influence her relationships with others.

These traits influence her relationships with others. “It’s gone dark, and I press the Home button to reactivate the screen. Phoebe slept with her sister Emma’s boyfriend.” sneaky comes into play here when Phoebe cheats on her boyfriend with her sister’s boyfriend. This is sneaky because not only are you being deceitful to your boyfriend, your sister too, and phoebe tried  to do this secretly.

Later, on page 90, Brandon  interacts with Phoebe, basically molesting  her. “Brandon doesn’t listen. He forces another kiss on me, moving his body just enough that I can get an arm free. I keep my lips pressed tightly together against his probing tongue, reaching up to grab a fistful of his hair. I pull his head backward, then let go and slap him as hard as I can across the face” phoebe’s response here deepens a reader’s sense of her being Strong , and sparks a feeling of Anger that Brandon did this to her. I think she is strong because to go through that experience it’s very sad and a problem in this world today but for her to fight back and to make him stop shows that she is a strong woman.

Ian, thank you for the feedback, now that i’m reading over my work I realized my mistake, i’ll make sure i’ll edit it.

The book of the cover makes me think that one of us will go either now or later in life this referrer to life that life is short for all of us A reminder to all of you out their money doesn’t bring you anywhere what you can do with money is buy stuff but health is First in life because you can’t buy health with money.

this book seems really interesting might check it out!

I really enjoyed how you explained the traits of Phoebe and how she is, but I specifically enjoyed the part where you phoebe was getting molested and how this is a big problem now in days. But it also showed how Phoebe stood up and showed she is strong in such situation where some wont know what to do when stuck in that position.

This book looks interesting I might read it next.

One thing you said that stands out to me is “One, she is supportive”. I think this is interesting because in your post I didn’t understand what you meant by that. This is because you also stated that she cheated on her boyfriend with her sisters boyfriend. If she can do something like this to her own sister then I don’t know what you mean when you say that she is supportive.

Thank you for your writing. I look forward to seeing what you write next because this post was interesting and I think that if I keep looking at your posts, then I can get more good book recommendations like this one.