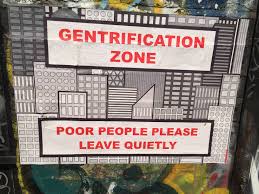 It is clear that Oakland residents need to know more about the history of their land which includes the Ohlone, the Peraltas, and how it became Oakland. To begin, this is a quote given by Jose who was a nationalist and polymath during the tail end of the Spanish colonial period, “Know history Know self No history no self” (Rizal). This is an example that without history, without a background we are nobody. That is a big thing for me because it’s special to know where everyone is from and traditions such as the Indians that were here before the Peraltas, they used to build Shell mounds as traditional burial this was stated in an article, “Shellmounds where made for a ritual burial by the Indians thousands of years ago” (kqed).

Firstly, before anyone else the Ohlone lived in Oakland. The Ohlone had owned more than 44,000 acres of land going from Berkeley to Hayward as we know it now and from Alameda up to Redwood Park. The Ohlone owned a lot of land but after the Spanish invaded because of anarchy wich made the seem belittle they stole the land and that’s how it became they adapted to a new home and land.

Research also shows that the Ohlone were displaced by the Peralta, “Antonio, (the last of Luís María Peralta’s sons), died in 1879. At the time of his death, Antonio owned his own home and had 23 acres left of the original 16,067 acres he had received from his father (Peralta Hacienda). Before anything else happened the Peraltas owned 16,000 acres of land but because of the children, it was passed down to they sold land and were left with just around 40 acres. For example, In an article by Brock Winstead, he stated how much land the Ohlone owned and how it became the peraltas this was stated in the following. “The land owned by a man would then come, to become the city’s we know now such as Oakland, San Francisco and Berkeley” (Slate.com). This was then aforementioned how the land once owned by a man named Antonio Luis Maria came down to the responsibility of his descendants and every time his land was getting sold little by little which was all concerted. Additionally, in an article by the Peralta Family, they mentioned how they got the land and when they got here as stated, “Oakland’s population. In 2000, that number was 35.7 percent, and in 2010 African American’s only made up 28 percent of Oakland’s population according to the US Bureau of Labor Statistics. That’s nearly a 16 percent decrease in Oakland’s black community since 1990” (Thepionereonline.com).

And now, we have Oakland today as we know it. It went from the Ohlone to the Peraltas which are now known as Oakland, Berkeley, and San Francisco. All because of the Spanish invasion Oakland came to be. This is something that Oaklanders should know because it impacts the perspectives on how the Spanish invaded stole land and the Peraltas came in and claimed the land.

In conclusion, Oakland residents need to know more about the history of their land which includes the Ohlone, the Peraltas, and how it became Oakland because history is very crucial to know how things evolved and how they got here. Such as Antonio Luis Maria how he adhered as well on how he got here 1879 and at the time of his death, the land was taken and got names Oakland, Berkeley and San Francisco. These types of changes are crucial because some parents don’t tell their children their origins and they lose their traditions just like the indians lost their burial tradition.

According to Brock Winstead’s article, “He marked out a claim of nearly 45,000 acres bounded by creeks on the north and south, hills on the east, and the bay on the west, with views of the San Francisco peninsula on the other side. The land would one day comprise all of the present-day cities of Albany, Berkeley, Emeryville, Oakland, Piedmont, Alameda, and part of San Leandro” (Winstead).This article is credible because it was about how 45,000 acres had changed over the years to become The Bay Area. This writer has also written other articles about relevant topics such as political statements and problems.

According to the Peralta website, “Antonio, (the last of Luís María Peralta’s sons), died in 1879. At the time of his death, Antonio owned his own home and had 23 acres left of the original 16,067 acres he had received from his father. The property was valued at $15,000 when the estate was probated two years later” (Peralta). This website is credible because it comes from the Peralta website which are the ones who had claimed the land after online, These stories should be credible because they have been passed down from generation to generation.

According to the Peraltas website, “History of the Peralta Family and the Rancho San Antonio The Peralta Hacienda Historical Park is one of the most significant historical sites in the East Bay. It was the first European settlement after the establishment of Mission San Jose and as such is the birthplace of Oakland” (Peralta). This source is credible because to reiterate it comes from the Peralta family website and they have passed down the land from offspring to offspring as well with the story of their ancestors.

Dear Juan,
I am currently a student at San Jose State. I enjoyed reading about the history of Oakland. Everything was new to me, I didn’t know that it went from the Ohlone to the Peraltas. I understand that history and tradition is very important and must not be forgotten. When it is forgotten, people don’t know where they come from. Reading your post, it makes me want to research the history of San Jose.

Hello Juan,
I am a student from SJSU.
I feel that your post has a lot of research about the history of Oakland. As someone who has a sister going to school there in Berkeley it connected with me.
When you say that “Oakland residents need to know more about the history of their own land” I wondered about the basis for your argument. How do you know that Oakland residents do not know about this history?
I find it interesting you did not mention how Oakland got its name. Oakland was derived from the oak trees it has. Splendid isn’t it? A land of oak. This one who chose this name was Horace W. Carpenter, an owner of a ferry service that brought him there to Oakland in the first place.
Thank you so much for the time you spent writing this piece.
I enjoyed it.

Juan,
As an Oakland teacher who was born and raised in Chicago, I really appreciated how much I learned from your piece. I did not know about how the Ohlone land was taken away from them by the Peraltas. At one point in your article, you made a connection to the decline in Oakland’s African American population. I was wondering what you thought the connection might be between the Peraltas and the present-day loss of land? I would love to hear more of your thoughts, either in a response or a future blog post!
Thank you,
Stephanie

Juan,
Thank you for sharing everything that you learned about the history of Oakland the various groups of people who have lived here throughout history. It looks like you have consulted a number of sources. I’m wondering what you think schools or the city can do to help people learn this history. What action steps would you recommend? And how might people from these Native tribes be central to telling their own story?
Best,
Erica