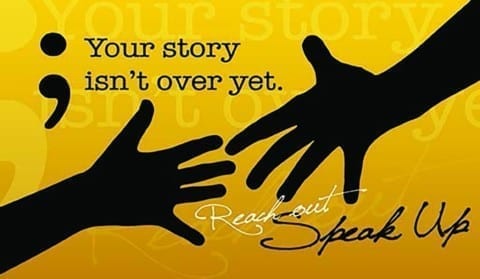 Oakland is a sanctuary city which means it helps protect immigrants from deportation. This is good because it helps make people feel safe. Feeling safe is important because when a person doesn’t feel safe they feel like they always have to be prepared for something harmful to happen to them.

Since Oakland is a sanctuary city, the city basically can’t expose undocumented immigrants living as residents in the city to enforcement’s like I.C.E, which helps undocumented people feel safer. This is true for Oakland because the Mayor Libby Schaaf doesn’t believe that she should expose her undocumented citizens to  endangerment. In the article, “Sanctuary cities: Top 3 Pros and Cons” it discusses what the mayor has to say. The Mayor of Oakland Libby schaaf stated, “I like to compare this to conscientious objector status. We are not going to use our resources to enforce what we believe are unjust immigration laws”(Schaaf). This quote shows that since Oakland is a sanctuary city then the people in power believe that they shouldn’t help give resources to immigration enforcement laws because they know it is unlawful. This shows the undocumented immigrants that some people in power are on their side. Knowing that people in power are on their side it makes an undocumented immigrant feel more safe because they know they have more of a chance of staying safe.

This also shows that immigration unites people in Oakland because it is uniting them to go against a cause because they are aware of the endangerment of undocumented immigrants and through uniting they feel safer. Additionally, in an interview with an undocumented immigrant, Oakland resident Maria Palma said, “ I do feel safe in Oakland knowing that important people are going to make sure, I as a community member can live safe and not be separated from my family” (Palma). This shows the importance of Oakland being a sanctuary city because if Oakland wasn’t a sanctuary city then undocumented immigrants would be endangered of being separated from their families. This was a highlight from the interview because she stated those words with relief and happiness knowing that she wouldn’t have to be separated from her children which is a fear a lot of mother’s face when their cities aren’t sanctuary like Oakland.

Oakland is one of the few cities that is sanctuary because of this, the city helps prevent the separation of families. This is true because if it is protecting the undocumented immigrants then they won’t be taken away by immigration law enforcements, they would be able to stay with their families. In the article “Diane Guerrero’s Emotional Interview on Parents’ Deportation Hits Close to Home”by Maitri Suhas . Diane Guerrero, a well known celebrity,  exclaims what it feels like not in a sanctuary situation, she states,“They would have liked to fight deportation, but without a lawyer and an immigration system that rarely gives judges the discretion to allow families to stay together, they never had a chance… Not a single person at any level of government took any note of me. No one checked to see if I had a place to live or food to eat, and, at 14, I found myself basically on my own”(Suhas). This shows that it is a good thing Oakland is a sanctuary city because it helps keep families together. Keeping families together is important because in this article of the interview on Diane Guerrero, she told the viewers her story because she wanted to speak out about how harmful family separation is. Her experience matters because if Oakland wasn’t a sanctuary city there would be more children who have to go through what Diane Guerrero went through when her parents weren’t able to fight for their justice.

In a interview, with a Oakland student who used to be undocumented, Jennifer Duran when asked the question, “Do you feel safe living in Oakland?”, Jennifer answered with “yes I do feel safe living in Oakland now because now I do have residency, I used to have fear of getting deported for myself and my family because i thought I would get deported through my appearance”(Duran). The purpose of this question was to understand Jennifer’s experience living as an undocumented immigrant in Oakland. This shows that Oakland being a sanctuary city is a good thing because Jennifer Duran’s fears would’ve come to life if Oakland wasn’t a sanctuary city. Not only Duran but many children in the U.S. also have the fear of getting separated from their families if there were more sanctuary cities like Oakland they would not have to live their lives in fear. Oakland being a sanctuary city helps Duran because even if she didn’t know it was a sanctuary city she would’ve still been safe. This proves that Oakland being a sanctuary is a positive contribution because there are immigrants that have the same fears Jennifer faced when she didn’t have residency. Sometimes their fears come true because they don’t live in a city like Oakland.

Some people might believe that Oakland shouldn’t be a sanctuary city because it makes documented citizens  feel unsafe but that is only because people believe that immigrants are bad since they’re stigmatized as criminals. This is untrue because in the article “Immigrants in surge ‘not dangerous individuals,’ Border Patrol chief says” written by  Kyle balluck. Gil Kerlikowske is talking about what he has seen so far in his job as a border patrol agent. Gil exclaims, “These are family members, these are not gang members, these are not dangerous individuals I think that we all need to work through this problem together as Americans”(Balluck). This quote shows that  immigrants are not criminals because someone who protects the border has seen so much in his work that he is now aware of the injustice immigrants receive. This quote proves that Oakland being a sanctuary city is a good thing since it helps people feel safe, this is true because the undocumented immigrant families who coming over to the U.S. are just looking for a safe place for their families, which is found here in Oakland.

In conclusion, Oakland being a sanctuary city helps provide the feeling of being safe to their community members. A way to stop the stigma around immigrants being criminals is to create more awareness for other people to learn more about their stories. When we hear their stories we will have more empathy because we know that their stories are truly sad since they have to work hard for their families. Maybe it’s time for America to be more like Oakland.

This article is about the views of a border patrol agent who says he does not believe that illegal immigrants were bad people. This source is credible because it is talking about the view of someone who is supposed to detain people from copying the country but has seen so much unfairness he is going to speak out for them.

=This interview was about Jennifer’s feelings towards living in Oakland. Her feelings matter to my blog because she was a undocumented immigrant so she has has experience about the main topic of my blog. She is a trustworthy source

This article was about the story behind Diane Guerrero opening up about her experience of when she was 14 and her parents got deported. This article is not biased towards the star because it only states what she said on the interview. Guerrero is a credible source because she always empowers the viewers to not give up because of her experience with deportation.