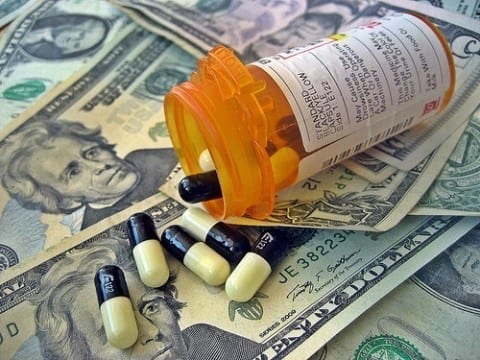 Why do people think drugs is the way out? Does it cool them down? Does it relax them? Does it cause them to forget? But, when they continue using they can become addicted and then this causes more problems. Therefore, drugs are not the answer for people’s problems because people can get addicted and there are better ways to fix problems such as sports and therapy.

To begin, drugs are not an answer for problems because people can get addicted.

For example,my interviewer told me an experience that her friend had told  her She states “ I had one friend that was in a wheelchair since he was born and they gave him prescription to getting marijuana to help with his pain but he took advantage of it and its addicted to it he can’t stay a day without smoking weed.” The story shows how marijuana helps with your pain but it also can get you addicted to it like they guy that got prescription for it. This also shows how the guy says that he can’t spent a day without smoking weed What does this mean? He gets very disparate and can’t control himself without smoking weed.

However a better way to fix the problem is by doing sports. This is true because in the “ “activities can help” it states that sports help in a ton of ways for example, Playing a sport gets you busy during the day  which leads you to not do drugs because your going to be busy and it also could lead you to have a better living like getting a degree and it also allows  you to have friends to count on. Also, sports help you build your self confidence and self esteem. This is important because this shows how sports can stop you from doing drugs because if you do drugs you can’t play and that affects your health. It also doesn’t lead you to stay home and do nothing because that’s going to lead you to do drugs so instead of being bored  home and doing drugs you’re going to be at practice.

Moreover, therapy is another good way to fix your problems instead of doing drugs. This is true because my interviewee stated that you have someone to talk too and it helps you find a  solution to your problem. “Therapy is more than just talking about your problems therapy can help you think of a new way to think about the situation”. This shows how therapy is an absolutely great way to get you out of your problems and bad emotions. Because when you talk to someone you’re actually facing the problems so instead of looking for drugs you’re looking for another outlet instead of taking the drugs.

In conclusion, drugs is not the solution to the way out of your problems and emotions because it makes you get addicted to drugs and makes everything in your life change in a bad way . Therefore there is many ways to solve your problems instead of drugs  I just wrote three but i’m pretty sure there’s more so drugs is never a solution.

I completely agree with you that drugs are not the answer to a person’s problems. Not only can it be addicting but it can cause severe health problems to a person. I also agree that sports are a good way to keep yourself busy. When you are participating in a sports team, you are always busy doing something positive. I feel that teens and adults turn to drugs when they are bored and have nothing better else to do.

I also agree with you that talking to a friend can help alleviate the urge a person may get when they are faced with this dilemma. Friends and family are always a good source for support.

I agree with you that sports are better than the drugs for human. However, there are still a lot of people needs drugs to help their survival, such your interviewee’s friend, who is too sick to exercise.
We all know the drugs are not good for our health and we would be easily addicted to them. However, there are many students taste drugs for seeking stimulation, and many adults have drugs for releasing pressure. They all have excuse for their addiction to drugs maybe because they are not smart enough to avoid the drugs.
The lucky thing is that you write down this topic to tell everyone that be smart to away the drugs. If we want a healthy and meaningful future, we should use sports to cheer us up, but not the drugs to push us down.

Dear cara, I’m glad you agree with me because sports stop you from doing a lot of things mostly drugs because if you do drugs your system gets messed up Thank you

Dear Brayan,
I am unsure with your post, “Oakland: Drugs,” because Cannabis is medication for sick patients, cannabis doesn’t affect people in a bad way. Cannabis is actually better than prescribed pills because pills have a lot of ingredients and cannabis is natural.
One sentence you wrote that stands out for me is: “The story shows how marijuana helps with your pain but it also can get you addicted to it like they guy that got prescription for it. ” I think this is right because if you consume something a lot you might get addicted to.
Another sentence that I admired was “I had one friend that was in a wheelchair since he was born and they gave him prescription to getting marijuana to help with his pain but he took advantage of it and its addicted to it he can’t stay a day without smoking weed.” This stood out for me because one of my adult friends also got a prescription to marijuana and his addicted because he consumed it so much that his body needs it.
Your post reminds me of something that happened to my friend. One time he had a strong headache which it was migraines and he asked his doctor for a prescription to marijuana because he doesn’t trust prescribed pills since they don’t tell you the ingredients.Thanks for your writing. I look forward to seeing what you write next, because I enjoyed reading about your topic. Im also looking forward to read your next post because you gave great information that I was visualizing it. DONT DO DRUGS THEY DONT GET YOU NOWHERE.

and i agree that drugs are good

this is a good topic to write about . me myself does not do drugs but i know some people that do and they are really Addicted