Nurture From the Start

Home Nurture From the Start 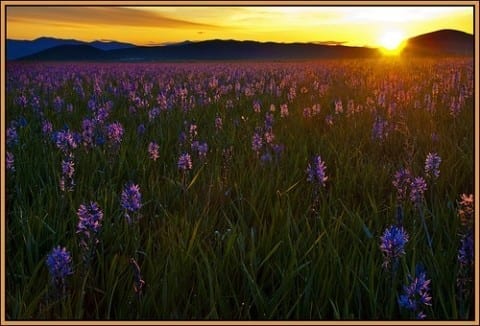 There is a lot that can be discovered with monozygotic twins, specifically when they are separated at birth and reunited later in life. A study from a pair of twins who had been rejoined found staggering observations as they compared notes from their childhood. In fact, they both “suffered from tension headaches, were prone to nail biting, smoked Salem cigarettes, drove the same type of car and even vacationed at the same beach in Florida.”(Live Science). While many may believe this is a mere coincidence, there is a larger conspiracy looming: genes. While nurture relating to epigenetics may account for the differences between identical twins, there is also the idea that they have a hard time with separation. Additionally, it was found that genes overwhelmingly played into the intellect of monozygotic pairs of twins as Minnesota researchers involved in a study with 137 pairs of twins found that “about 70 percent of IQ variation across the twin population was due to genetic differences among pairs, and 30 percent was due to environmental differences”(Live Science). Therefore, it can be concluded that the nature aspect of genomes has less to do with the outcome behind monozygotic twins than does human behavior relating to nurture.

Furthermore, there is a lot to be said about epigenetics within identical twin births themselves. There are many different factors that play into why an identical pain of twins differs more than other. For example, according to Jeffrey Craig, a molecular and cell biologist at Murdoch Childrens Research Institute, the fact that some identical twins are born in a single or shared placenta is a big factor when looking at nurture. To elaborate, identical twins sharing a placenta “were more epigenetically different than twins who had their own”(Science News). It is possible that perhaps one got slightly more nutrition from the single source than did the other sibling.

In addition, birth weight discrepancies in twins and other individuals has become associated with differing epigenetic tags on genes having to do with metabolism, growth and cardiovascular disease. Low birth weight has been linked to obesity and heart disease in adults. To elaborate, the twin who was lighter at birth had a disadvantageous metabolic profile in adulthood compared to its genetically identical sibling, who was heavier at birth. This suggests that the association between low birth weight and increased Type 2 Diabetes risk is at least partly independent of genetic factors. Therefore, it has been established that with the discovery of epigenetics came with the understanding of numerous variations of human behavior and as such, scientists have adopted the essence of nurture as the reason.

Likewise, twins in general have a special genetic relationship, even if they are dizygotic twins. To elaborate, fraternal twins raised together are more similar than non-twin siblings raised together, even though non-identical twins are no more alike genetically than other siblings. Behavioral geneticist Gregory Carey of the University of Colorado explains “it is not at all clear that this is because of the shared intrauterine environment”(Newsweek); however, the uterine environment does play a large part with mothers overall as they are advised not to smoke or take illicit drugs, to cut down on alcohol and eat right.

With this in mind, the potential for epigenetics almost guarantees is it born within the womb and is one of the most critical stages of behavioral programming. Due to what the scientists call the “maternal effect,” there is a greater correspondence being understood between human behavior and uterine environment which “accounts for 20 percent of the IQ similarities between twins and 5 percent of the similarities between other siblings”(Newsweek). This is significant evidence as there is already a large emphasis on nurture as emanating from womb conditions of the mother and this finding centers largely around the idea that twins, even dizygotic pairs, will inherently be more similar but not to the extreme of identical lives. There is really only a small proportion of similarities occurring between twins after the genetic code is produced. Differences are sure to follow in a large way throughout the human life.

Photo by The Knowles Gallery

Hailey,
I really enjoyed reading your post about twins! I think it is so cool how their genes can lead them to have such similar ives outside of being nurtured the same. It was crazy to see how twins separated at birth could have so much in common. I really enjoy always hearing from different people about the bond between twins, and I think that’s so cool. Here is a website link in case you wanna take a look: https://www.huffingtonpost.com/2014/03/24/twin-facts_n_4959012.html
Again thank you so much for sharing!
Sophia Gross

Hailey,
I think your post is very informative. I have always been interested in twins and sibling relationships as well as if twins had higher intuition in communication amongst their siblings. I thought that the portion describing how a baby develops inside the womb, especially if there are twins, is fascinating and kind of creepy. I have heard many stories of how aggressive the womb can be or when a twin disappears. This disappearance of the twin is called Vanishing Twin Syndrome. One website I found typically interesting on this matter is, http://americanpregnancy.org/multiples/vanishing-twin-syndrome/. Thanks for your post.

Hailey, thank you for sharing! This is such an interesting topic to me as for ma y others I am sure. Being a twin myself, it is very interesting to hear your take on this. People assume all twins are similar/the same, however life changes people and they actually end up being very different. As an example, my twin brother and I are very different people, but we are still twins. Good job!