Nuclear Obliteration – How Close Are We?

Home Nuclear Obliteration – How Close Are We? 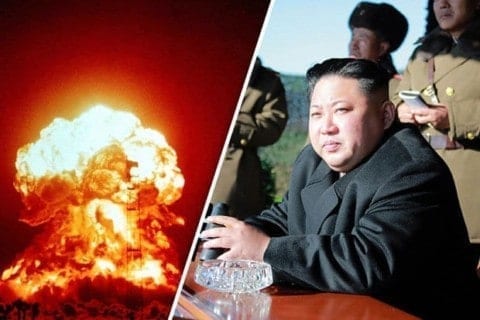 Murmurs of Kim Jong Un’s proximity to the big red button have been common lately. The big red button, of course, being the theoretical button that launches weapons capable of destroying the planet. Perhaps, then, it should be something more significant than a big red button. Maybe something like a Saw trap, wherein the person must sacrifice their hand in order to destroy the world. Moving away from digression, how close, really, are we to nuclear war? In a Washington Post article about the possibility of nuclear war with North Korea, Duyeon Kim of the Korean Peninsula Future Forum doesn’t necessarily believe that it’s about to happen, but he does warn the United States and its governmental authority against the use of threatening statements. Such statements as “we will bring them fire and fury”, and “the rocket man”. If they continue, he says, we may see the accidental causation of giving the Kim regime a reason to “push the button”, or in the case of our ideal society, slice the hand of off the pusher. Nonetheless, Duyeon says that “the Kim regime is not suicidal [enough] to lodge the first strike”. In the same article, David Kang of the Korean Studies Institute at the University of Southern California has a different opinion. He believes that we in the United States are basically ignoring an essential part of the Korean threats: “If the United States attacks first…”, which changes entirely the tone of the second portion: “…then we will launch our nuclear arsenal at them.”

Ideally, we never see the launch of a nuclear weapon toward a world power capable of firing back, nor do we see one launched at a power incapable of just the same. This may not be our fate, or it may be, but for the time being, those close to the subject matter have reassuring things to say.

Who is this kid?

Nobody remotely relevant to any of you.

Fortunately, disagreement is healthy, and you’re absolutely entitled to your opinion. That said, this is a public forum for discussion, and you ought to provide some sort of reasoning why you might disagree with a journalist’s view. Additionally, profanely responding to someone else giving their opinion doesn’t really promote discussion. Thanks for your input!