Not So Good Will Hunting

Home Not So Good Will Hunting 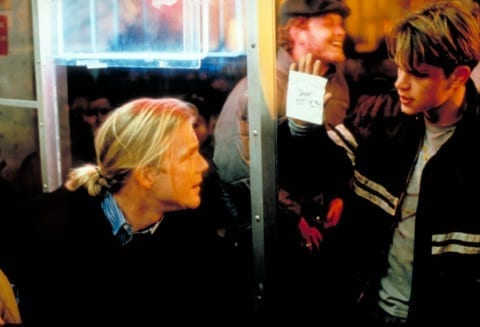 Although the movie Good Will Hunting strategically uses language to help heal the characters, it also contains language that is offensive and seen as hurtful by viewers. The plot of the movie tackles the sensitive topic of overcoming the trauma of child abuse, but at the same time the dialogue unnecessarily includes sexual harassment and homophobic remarks. The use of language in Good Will Hunting in general has great meaning, but in specific instances it also comes at the expense of offending viewers.

There are several occasions in the movie where characters make homophobic remarks and comments that are considered sexual harassment. The movie does not give the audience an accurate depiction of coping with trauma because, while Good Will Hunting is about child abuse, sexual assault is used as a punchline (Leadholm). By choosing dialogue that is offensive, the writers undermined the toll that trauma takes on certain individuals.

In more recent years, Good Will Hunting has received more attention for its use of offensive remarks. As society moves forward, people are becoming more aware of the inappropriate use of homophobic jokes and sexual harassment in an effort to bring humor to a film. Actor Seth Rogan noted the importance of looking at movies made in the past “under the lens of new eras, new social consciousness” (“Seth Rogan Addresses Homophobic Jokes in Earlier Films”). As more awareness comes to light with social issues, offensive jokes are more obvious in movies because they would not be used today.

The Me Too movement has gained popularity over the past few years in an effort to enact social change, especially with the prevalence of sexual harassment and sexual assault claims. The producer of Good Will Hunting, Harvey Weinstein, was once known as a successful film producer but is now an infamous sex offender. It is hard not to let what we now know about the people involved in the making of the film make us look at the movie in a more sinister light (O’Neil). With this widespread knowledge, the offensive remarks in the movie have become more obvious because of Weinstein’s reputation.

In the end, nothing would be taken away from the main meaning and purpose of the movie if the offensive remarks were excluded. As society continues to progress, it will be interesting to see how films will evolve to match the constantly changing social standards.