North Korea is not completely wrong 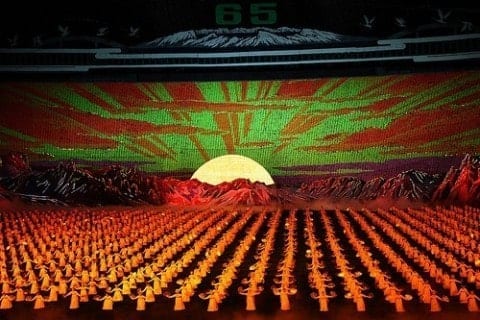 North Korea’s threatening with nuclear weapons has been a huge issue, but it seems like everyone does not know much about the issue. So I wanted to write about some details about North Korea’s nuclear weapons. The North Korean government got their first nuclear facility built in 1965 with supports from Soviet Union’s engineers. The Soviet Union and China stopped supporting North Korea since 1990’s.

Since 1990’s, North Korea has been developing their nuclear weapon with limited resources and supports. It has surprised other countries because they have got very far with what they have. After the Korean war, which has stopped 1953, the United States has sent 28,500 military troops to South Korea to prevent North Korea’s unpredictable invasion.

I found your post interesting in the way that it describes the assent of power that North Korea has accumulated. I often wonder to what extent does their power want to reach? I also wonder to which extent does North Korea plan to protect itself. I would say that North Korea’s goal is to do harm to the United States of America. Unfortunately this has been drilled into the heads of many civilians in North Korea. Speakers run throughout the city of Pyongyang and North Korean news is essentially audible all over big cities. Many of the news they report are descriptions of America as an evil country or the root of all evilness. I think one of the other questions to ask is where are they getting the money to fund their nuclear arsenal. Russia? China? Anyway here is a link to a documentary that is very formative and something that you may enjoy. http://www.pbs.org/wgbh/frontline/film/secret-state-of-north-korea/