Normalization and/or Legalization of Abortion?

Home Normalization and/or Legalization of Abortion? 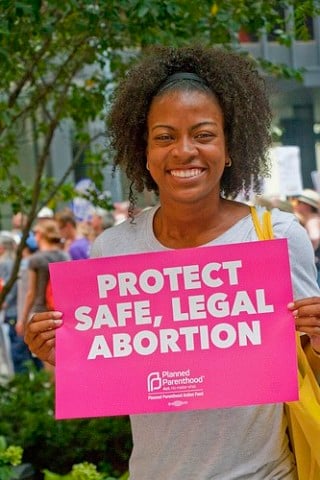 Abortion, as defined in the Merriam Webster dictionary is the deliberate termination of a human pregnancy, most often performed during the first 28 weeks of pregnancy.  Abortions occur for many reasons, whether it be cases of failed contraception, rape, fetus disability, incest, or birthing mortality on either end.  Because of this, much controversy has occurred regarding the practice and legalization of abortion for years. The Catholic Church holds a very well known point of view dating back to apostolic times defining abortion as a willful attack on unborn human life.  Contraception as well as termination are seen as forms of the practice and are seen as a grave objective evil, no matter what the motive.

On the supporting side comes Cindi Leive, a former editor in chief of Glamour and Self, who spoke about her own abortion story on The New York Times this past June.  She begins in talking about the brutality that those who stand up for their beliefs endure, and she later emphasizes that women who have aborted are not alone and may find support in the many women around them.  She follows up this claim with facts and statistics including that  nearly one in four of us will have had one by age 45.  What was even more interesting was that she had found cases of abortions put out for all to see by celebrities back in the 80s and 90s.  She stresses that every woman should possess the right and ability to choose her future, and the matter should be normalized rather than hidden.  The number of women who partake in the abortion process is in no way receding, yet the amount of women who choose to speak out about it is far less, and this is due to increasing social pressures and cultural shuns spewed out not only by religious affiliations, but also by the government.

Contrary to the beliefs of Cindi Leive, are those of an Irish Catholic bishop who has suggested that “undergoing an abortion may sometimes be a more traumatic experience for women than being raped.” as recorded by Tom O’connor with Newsweek.  The bishop, Dermot Farrell, spoke out at his cathedral in Ireland where they withstand very strict laws concerning abortion.  Tom O’connor explains that Ireland’s 8th Amendment maintains that abortion under any circumstance is illegal and therefore punishable.  The country of Ireland plans to vote on whether or not the amendment will be repealed due to the growing numbers of female activists and liberal groups who oppose the Catholic view.  Farrell, on the other hand, is in strong agreement with the amendment and plans to preserve the legislation against abortion, claiming that this “was the most important social and justice issue of our time.” And later, “It’s going to shape the kind of Ireland that we have, what we’re voting on here is not just a law, but a value system.”

i liked that you spoke about both sides to abortions but what do you think about those who have an abortion do you feel as if they are committing a crime or that it isn’t humane to do one even if the person didn’t plan to become a parent do you think that they should still take that responsibility even when they aren’t prepared or financially ready?

Madi, I appreciated how you discussed both sides of the debate, because I believe it made your argument stronger. The discussion of both sides can be helpful for both readers and the development of the argument. I found this article https://www.thoughtco.com/arguments-for-and-against-abortion-3534153 to simplify the debate surrounding abortion. I look forward to reading more of your writing.

Madi, I think you wrote a great piece of abortion and enjoyed how you used the specific stories to show both sides of the debate. Although I enjoyed reading it, I am interested in why you used an example from outside of the US. If you were trying to establish a global view of abortion here is a resource on how the abortion laws in the US have effected the rest of the world: https://www.ncbi.nlm.nih.gov/pmc/articles/PMC5318220/. I would be interested if you wrote another article on this with more facts that support both sides of the argument. All being said, this was an interesting piece to read.