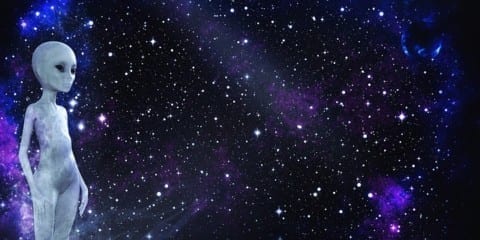 Over the course of the past few weeks, I have done a lot of research on police, including interviewing community members for their perspective on the police. After all of this, I have come to believe that police officers do more good for Oakland than they cause harm to Oakland.

Although police do in fact make mistakes, some of their actions include reaching out to the community in form the of providing charity for their community. While doing research I found a foundation started by a former Oakland police officer. Their mission is “to promote public safety by supporting and providing critical resources for the Oakland Police Department and engaging community organizations and citizens as partners in support of our police officers and their work” (Oakland Police Foundation). Like I said, the organization was created by an Oakland police officer for not only officers, but the community as a whole. This organization’s mission strengthens police-community relations because it’s literally bringing the OPD and community organizations/citizens together while promoting public safety. Apart from reaching out to the community in this manner, OPD reaches out to young children and surprises their families during the holidays. On an online news source, I found the following quote, “One mom told KTVU at first she thought she was getting pulled over and was going to get a ticket, but she was pleasantly surprised when her kids received gifts” (KTVU). This annual OPD tradition is a way to surprise and make the community happy. It is a great act for the OPD to do because, with all of the crime, cruelty, and corruption in the world, it’s truly a beautiful act. These examples prove that OPD brings more good than harm into the community because they are reaching out trying to support their community.

Not only do police provide charity for their communities, they help at events within their communities. Police promote community wellness and opportunities for the community to unite in a healthy/positive manner. For instance, every year a block party is hosted by community and police. Last year, it was hosted at Lake Merritt in Oakland on the 2nd of August. ABC 7 news, a local news source writes, “This comes at a time when tension is high between many people and police. This is the 33rd National Night out. Police say every year they gain insight into the needs and concerns of the community” (abc7 news). Police organizing an event that gives police and citizens the opportunity to gain insight about one proves that OPD is doing good in the community because they are willing to listen to the community and better themselves by embodying the community’s ideal police. Also, Oakland Police ensured runner’s safety when they issued street closings and parking restrictions so that the first Oakland marathon could be made possible. This shows that Oakland police make an effort to help out at community events. I went around and asked multiple Oakland citizens (from diverse backgrounds) the following question, “What can Oakland police do to improve their connection with the community?”. Some of the responses I was given included, “They can try to get more involved with the community by holding events for families”, “At least get people in there that care about the city”, “Instead of having police drive around, have them walking around within the community so that they can act as a member of a community vs a person just patrolling” (anonymous). In sum, Oakland citizens would agree that police should be more integrated within their community so that they can truly build connections with community members.

Some may say that police hurt communities more than they help them because police are so bad they have gotten to a point in which nothing can fix the relationship the police have with the community. However, I do believe that it is possible to repair the damage police have done to the community because police are people too. In fact, in one of my interviews with UC Berkeley and Columbia University graduate, Rodrigo Sandoval, I asked the following question:“Do you think police are kind to citizens?” He responded, “I think for the most part. I actually think it comes from fear. I can be driving and if a cop pulls up behind me, I immediately ask myself if I did anything wrong” (Sandoval). His thoughts on police relations with the community are similar to mine and those of most people which proves that the connection between community members and the police is very weak. Being afraid of the people keeping one’s community “safe” is not an ideal situation to be in. In order to reassure a community of their safety, the community must trust in the charities and opportunities police hand out.

To conclude, police do more good in the community than they do bad because…

I would like to thank you for reading about my opinion and research. With a perspective, I am Fernando Sevilla.