No More English Only Education

Home No More English Only Education 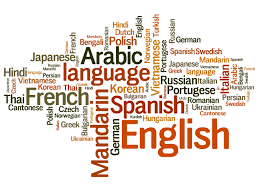 While researching the topic of Bilingual education I have learned a lot about both bilingual education now and the history of bilingual education. The first thing I learned while researching was that there is actually a lot of push for bilingual education. Not just minorities that want bilingual education parent too they realize that currently its very helpful to know two languages rather than one due to the growing immigrant population. Surprisingly Delaware and Utah are the states that have the most money going into bilingual education (Adamy).  In Houston, they started a bilingual education program and within a month the elementary students know simple commands and food in Spanish (Gross). It’s crazy how quickly kids are to new languages which is why it better to start and language young than the 2 years of a language in high school that is required (at least where I live it is). While people use the counter-argument that is if English learners are enrolled in bilingual education they take a longer time to be completely fluent in English. Though studies have shown that in high school those who were taught in a bilingual education system do better than those who were only taught in English (Learning to Assimilate: Bilingual Education). One of the states with the largest immigrant population is California, who actually passed a provision to make the majority of learning to be in English (Mendoza). Where Californias has more than 1/2 of its students are Latinos yet they don’t have as many bilingual schools as you would expect. Castellanos brings up the argument that some Latinos don’t have a high enough education to get good jobs affecting the economy since Californias population is mainly Latinos. Castellanos also states that if people feel more confident in school they also do better, maybe if those latinos felt more confident in school by speaking Spanish both at school and home a greater percentage of them would go into college. I think that its true if you are more confident in yourself in your school work then you might wanna go to college. Most people think that bilingual education started recently as if what a trend but really there have been traces of bilingual education since the 17th century with the increasing amount of polish settlers (Goldenberg). Sadly, right after WW1, there was a decline due to the nativist strong opposition of non-english languages. Thankfully now there has been an increase in the number of people that want a bilingual education.

Carelis,
I am very happy that you decided to choose this topic. I think that bilingual education is an amazing way to learn languages. When I was younger, my spanish class only happened about twice a week at most and I don’t that is good enough plus the two years in high school. I hope that we can get to the point, as a country, where we are all able to communicate in our non-native languages naturally. Thank you for talking about this topic, sharing your opinion, and I hope to read more from you in the future.

Carelis,
This is very interesting. Having grown up in Utah, I live very close to a bilingual school, but I wasn’t aware of many others. I think that’s cool to know my state has such a high level of language interest. I hope that this kind of interest will spread around the country seeing as the results seem promising. Hopefully, posts like these will inspire a conversation about the prospects of these types of alternative schools. Great post and I loved hearing about this. Look forward to developments on this.