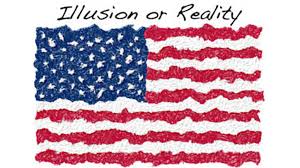 Being an American means a lot of things, whether you were born here in the United States or immigrated and are an American citizen, you are an American. People are debating on the values and creed of American society, but in reality there isn’t a specific thing that we can call an American value. The whole idea of America,  is being diverse and the unification of many different cultures, religions, and values. Someone from another country might ask what makes America different than other countries and there are a lot of things.

When finishing my book I realized a lot of things that corresponded to American values. The main character is an empath meaning that he can he can take away the bad emotions and physical injuries of another person he cares about, showing a form of “empathy” for others. Empathy I think is an important American value that we overlook, but is much needed in today’s society. We often make stereotypes of people and judge people based on how they look or speak, but don’t know how their life really is. For example, in class we learned about Native Americans and most of our class discussed how they didn’t know the problems going on in reservations and how we often stereotype what we know about them. It’s important that we understand what other people are feeling and what kinds of things they’ve been through and that is what America is all about.  “The realization that the American political climate has of late become hostile, unproductive, and downright horrid is nothing new to anyone.  The partisanship and tribalism that exists in our public discourse seems to find strange new ways to isolate and anger every corner of civilized society “.(Shanker, 2017).  I feel like the American people are also feeling this way lately, there has been bad blood between different parties of government and a split in the U.S. Back in the 1900’s there wasn’t as much hostility as there is now, nowadays we want to shun out the people who we once accepted and showed empathy toward. I know that empathy is a core value in American culture and will continue to be in years to come.

One of Bruisers themes is family, and how family can affect you incredibly. Bruiser had dealt with abuse from his uncle, but not from physical abuse. Bruiser was an empath and he could feel everything someone he cared about fealt. Bruiser’s uncle wanted to keep him close to him so Bruiser could take away all of his pain. Bruiser’s uncle minipulate’s Bruiser in doing what he wants him to do, which is a bad family characteristic. Later on the Bruiser and his brother get adopted by a loving but tense family, this is where Bruiser learns about love and care. In America, the family is the basic foundation of our knowledge. “Well it’s because family is the core of most families, people are alive to reproduce and develop a family that can carry on their “legacy “”. (shah 2019). From my family I have learned a lot about care, love, sympathy and so much more. This country has built its foundation on family, from the earliest days family was one of the most important things in someone’s life. Bruiser had opened my eyes to new topics that I would have never ceased to see, and gave sight to new unique values.

I like how you point out that empathy is a core American value that can often overlooked. Specifically when you say, “It’s important that we understand what other people are feeling and what kinds of things they’ve been through and that is what America is all about.” Stereotypes are very common, and empathy is a great tool to use to look past them.

Hi Rohan. I really enjoyed how you mentioned that empathy is easily overlooked in society today. It really shows how America is supposed to be this place of acceptance yet people are very quick to judge something unlike theirs. They don’t express that empathy toward someone or put themselves in their shoes.

I really liked that you mentioned that empathy is, in fact, an important American value that is overlooked. Personally, I feel like empathy, along with many other values are often forgotten about. I agree with the fact that you said America is diverse and the unity of our nation helps us to connect. I think this was a really great point to start off on and it set the mood for the rest of your writing especially when you talk about stereotypes and inequality in society.

I agree with what you said about empathy, that it is a core value in American society and that it is often overlooked. I like how you included specific examples because it furthers your argument. I think that your main argument and use of specific examples further your writing and allow the reader to understand it better.

Hi Rohan, I completely agree with your piece of writing. You tied your information together with certain parts of your book, and it flows really well together. I can relate to the correlation to realizing things after you read your book and it was very interesting reading your thoughts on different sections of your book.