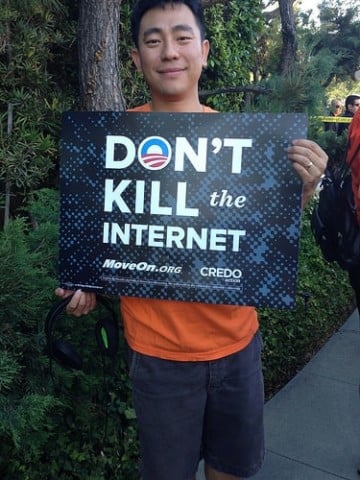 Most issues have multiple sides and arguments to them. Net Neutrality is one of those issues. Net Neutrality is what keeps the internet ‘neutral’ in the United States, unable to be touched by big corporations for profit, until it’s official repeal in June of 2018. Companies such as Google and Facebook are heavily advocating to get Net Neutrality back in place, while major phone and internet companies such as Verizon or Comcast are celebrating it’s repeal. They are arguing that creating a monopoly centered around home broadbands isn’t possible.

This article is interesting, because using Verizon’s new 5G network the author claims that there is no argument for net neutrality anymore, considering that it was that home-broadband is a monopoly. Earlier in the article, they comment on how other companies plan on nationwide networks in less than two years. It’s very contradictory and pokes holes in the argument. The article also doesn’t mention how even though these companies won’t be able to monopolize home broadbands, there is now nothing in place keeping the web neutral. Now individual companies will be able to capitalize on certain websites and make some more accessible than others.

Many social media platforms tried to maximize the coverage on Net Neutrality while some made the issue practically non-existent. There are many sites and resources that stay objective while providing facts and opinions. Like many other social issues, one should take the time to educate themselves on this issue. This will end up affecting many within in the U.S. financially as well as potentially control social media.

I really like how you try to bring both sides to the conversation. The only question I ask is how will the new ruling on the new “Meme Ban” that the EU put into place have a toll on the the neutrality of the internet here in the U.S.? The fact that, “Companies such as Google and Facebook are heavily advocating to get Net Neutrality back in place, while major phone and internet companies such as Verizon or Comcast are celebrating it’s repeal.”, is really troubling to me that companies that we trust dont fully care about us. I’ve watched many youtube videos on this topic and they all try to advocate against this decision but our voices still aren’t being heard

I really liked your take on both sides of the issue but I think you should put a little more information on what net neutrality is and why people should care about it. What you have is really well written but I think a few more sentences about net neutrality would really strengthen this piece.