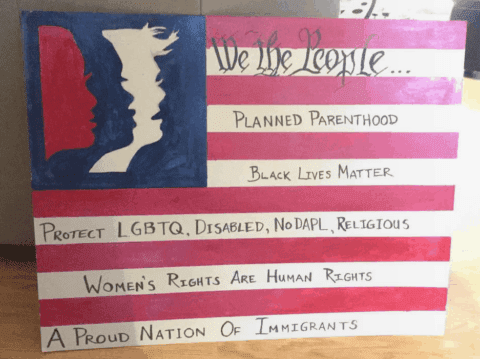 Hi, Youth Voices! My name is Abby Henry, and I am a Senior at Jackson High School in Massillon, Ohio (1 hour South of Cleveland). I went to the Women’s March on Washington and I would like to share about my experience.

I worked on the Hillary Clinton Campaign for the Ohio Democratic Party for about 11 months. Everything you could imagine a campaign doing, I did it! I phone banked (calling supporters to get them to vote/volunteer and calling undecided voters to share why I was supporting Hillary), I canvassed (going door to door to supporter and undecided voters’ homes to make sure they voted), I registered thousands of voters, I organized a fellow team of students in my area, I housed a Regional Organizer of the Campaign (who became like my brother), and I worked on social media outreach. I tirelessly dedicated hours upon hours to the campaign, so naturally, it was devastating when we didn’t win the electoral college. Being a woman (sex-wise), a girl (gender-wise), an animal rights advocate, an environmentalist, and an ally for those of different sexualities, nationalities, races, and religious backgrounds I knew I had to continue being heard. About a week after the election, I participated in a local #NotMyPresident March and felt empowered. Thus, when I heard about the women’s March I jumped on the opportunity.

On January 20, 2017, my Mom, Andi (my middle sister), Isaac, Ted, Tumas (my best friends), and I crammed ourselves into our car and road tripped 7 hours to Washington DC. After a quite uncomfortable car ride, being squished in the back seat with all of the luggage, we arrived in DC around 11 pm. We stayed with a student at the Catholic University of America, Meghan, who had taken a semester off of her studies to be an organizer for the Ohio Campaign. She lived with my Grandmother, and we worked endless hours together so we got pretty close. For the march the next day we all took the metro to Union Station, which was packed with clever signs and pink hats. My group attempted to meet up with the organizer of the campaign who lived with me but had no such luck. Still feeling inspired in the face of our defeat, we listened to speakers before the march. If you watch the videos below, you can tell that in the earlier videos we were farther away but we were able to keep creeping up closer to the stage. There were big names like Gloria Steinem, American Ferrera, Scarlett Johanson, Katy Perry, Michael Moore, etc. There were also many organizers speaking. My favorite was Ashley Judd’s powerful poem:

The speakers went a little longer than intended, so people were getting a little tired of standing and not marching. We personally stood for the speakers from 9 am ET to 2 pm ET, and we didn’t even hear all of them. At around 2 pm, we pushed out of the standing crowd to get to the marching crowd. The streets of DC were completely closed and filled with marchers, it was a truly amazing sight to see. My favorite chants were “this is what democracy looks like,” “this is what a feminist looks like,” and “welcome to your first day, we will not go away.” I was amazed at how peaceful the whole march was and a number of people that showed up, from everywhere. In addition to the DC March, there was at least 1 march in every US state and around 100 marches outside of the US. The world was united under one cause, I have never been more proud to be a part of something.

For those who don’t know, the pink hats you see are pussy hats. They are pink hats with cat ears on the top. The aim was to unite everyone, even if they couldn’t make it to the march and to send a message that rape culture will not be accepted.

I was personally marching because I did not agree with the rhetoric normalized by Donald Trump in the 2016 Election. My main motives were reproductive rights and equality for all people.

One thing about the march that I didn’t particularly enjoy was the lack of organization. A lot of the speakers felt repetitive and ineffective. During a lot of speeches, the people on the ground felt talked at and not with. A lot of the speakers were reiterating the same issues in society, but that’s precisely why we all showed up. Sometimes we felt belittled by the speakers. I feel as though when the march became massive, it almost became too commercialized. That’s not necessarily something the march organizers could have helped, but it was a bit frustrating.

Despite the negative of the march, it was a great cause and it mobilized so many people. My favorite thing about the march was how inclusionary it was, the march wasn’t just for women. Men were also showing up for their support of women’s rights. Additionally, the march wasn’t just for liberals or solely anti-trump people either. I was reading stories about people that voted for Trump showing up for the march. They liked Trump’s policies but wanted to let him know that his rhetoric wasn’t appreciated. The inclusion and acceptance were amazing. 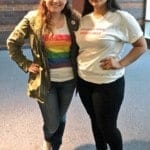 The day of the inauguration my friend and I wore some of our favorite activist gear. 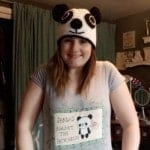 My sister wore her favorite feminist shirt on inauguration day as well. 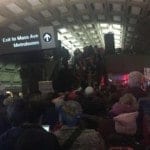 The craziness of trying to get out of the metro station and to the march! 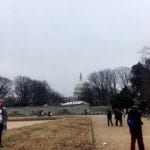 The clear view of the capital before the festivities begun. 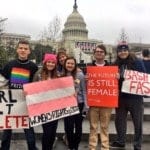 The crew of my friends and family that came to the march in support of women’s rights. 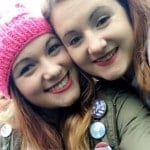 Sisters that march together, stay together 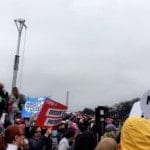 A distant view of the Washington in a sea of protesters. 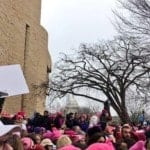 While listening to the esteemed speakers, there was an awesome view of a sea of pink hats in front of the Capital. 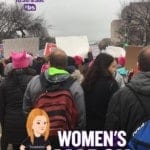 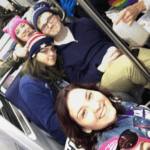 Tired faces after the march 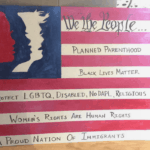 A sign that one of my friends made for the march. 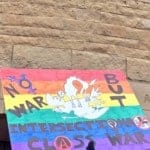 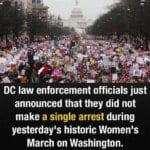 “This is What Democracy Looks Like,” a popular chant throughout the event that this picture perfectly embodies.

Abby, this is a great post. Thanks for sharing it, and for all your hard work during the election and ongoing. It is a hard time for many us right now, but only because we care about our country and all the people in it. Keep up the good work!

Karen, that is amazing! I love your posters. It’s so great to see people from all over getting involved in the same cause.

I like how you were willing to stand for hours so then you can march for what you wanted. I really like the story. Keep on believing, Abby!

Layla, thank you. I hope you can get involved as well!

I’m inspired that u posted this. Your writing makes me think that women have a voice Thank you for sharing your writing I”m looking forward for your next writing.

Priscilla, thank you so much. It means a lot to me that I can share my voice and make an impact.

Thanks for sharing Abby. This is inspiring! I went to the women’s march in San Jose, CA. Like you, I wish it had been a little better organized, but it helped motivate me to see so many people out and ready to fight. I think of the March as a first step to energize action.

Ellen, I love that you went to a local march! Maybe someday we will cross paths in our action and activism.

I like how you told us that you and your best friends and and your mom went on a road tipped to Washing D.C

Abby you have inspired me. The women march is a very powerful march, because it brings lots of people together. Sop others can hear what we have to say. I also think they should be more marches, because with more marches, and more people lots of more people would be able to hear us. Also would have their own oppinion. I look forward on what you will write next time. Cause I think your writing is very powerful, and you have lots of things tho say that can inspire others.

Hiromi, thank you for your kind words and your awesome ideas! You can always organize your own marches or there are going to be more coming up. There will be a march for science, for immigrants, for lgbtq+ rights, and for climate change.

Abby I am inspired by your post because it really is amazing how you did all of these things to support our people crammed in a car for 7 hours, but it was all worth it. Thanks for sharing your writing. I look forward to seeing what you write next time because your work is really amazing, and it inspires me a lot.

Angel, thank you for your support. I hope one day we will have achieved all of our goals.

I like how you added two videos that show two people saying inspiring thing. They also really care about women rights so they shared what they thought about it

Rachell, it’s awesome that you feel that way. There will be many more marches in DC and locally. There is going to be a march for science, climate change, immigrants, and lgbtq+ rights.