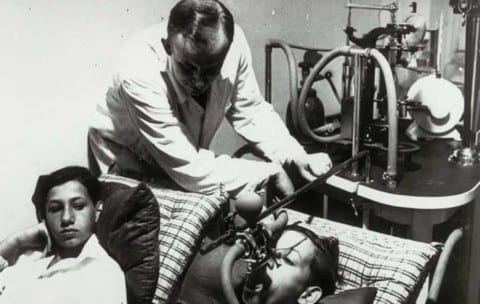 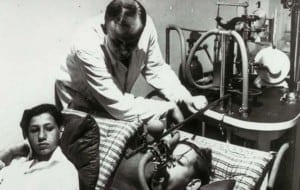 Did you knew that Nazis did medical experiments on humans ? On February 24, 1920 the Nazi party was founded. The Nazi was ruling in Germany and their leader was Adolf Hitler. During the time that the Nazis were in power there were experimentations on the Jewish people because during the time Jewish people were seen as a threat or dangerous. Not only were Jewish people considered  “dangerous” but also Gypsies. The question that I’m mainly going to answer is “Is it ethical to use data from Nazi medical experiments?”

One of the experiments that the Nazis performed on humans was freezing people and seeing how long they can take before they will die. According to PBS.org, “For up to five hours at a time, they placed victims into vats of icy water, either in aviator suits or naked; they took others outside in the freezing cold and strapped them down naked” (Tyson). The Nazis would tutore humans to see treatments for hypothermia. Hypothermia is when your body loses heat faster than your body can produce heat. Although the experiments that the Nazis committed were horrifying it also helped later research on ways to treat hypothermia. Nejm.org stated “The conclusion is drawn that immersion in a warm bath for rewarming is the best method of treatment, and preferential use of this technique is recommended” (Berger). This explains that there was some benefit from the experiment because they figure out a treatment option for hypothermia. The Nazi data was beneficial for today because if not then there wouldn’t be a treatment option.  In this case of this experiment there was a benefit outcome but not the best way to achieve that outcome.

Additionally, another experiment that was committed by Nazis was the twin experiment. The twin experiment is when they would gather twins and measure them and take observations of the twins to see the similarities and differences between the two. Remeber.org stated, “The boys on different days were strapped over a bench table and their rectums were hyper descended after which they received an extensive lower gastric intestinal examination. This extensive procedure was performed without any anesthesia” (Medical Experiments of the Holocaust and Nazi Medicine). This shows that the Nazi would proceed with experiments without any type of anesthesia. Without any anesthesia the twins would be able to feel the pain and they were only kids. Just like the sea water experiment there was no outcome so the Nazis killed little kids for no reason. The twin experiment was not beneficial because there was outcome. Additionally, with the torturing the Nazis were doing they also killed a lot of inncoent twins. PBS.org explained, “Of about 1,000 pairs of twins experimented upon, only about 200 pairs survived” (Tyson). This explains how they killed more than half pair of twins were killed due to this experiment and only 200 pairs survived. But things would never be the same for the twins after a terrifying event like that experiment.

This website is about Jewish history, politics, and culture. At the end of the article the organization even provided their own sources at the bottom to show where they got their information from and to see if their information is credible.

PBS.org is a website with educational news that helps children and schools. Also PBS ‘ website ends with .org which means that they are an organization.

Dear Jennnifer,
I agree with you. I think that some of those experiment were helpful while some were not and I think that in all of the experiments they should have found a way to make it as painless as possible.

I agree with you it was beneficial but it could have been achieved in a different way.

Dear Jennifer,
Your writing about the Nazi experiments was very good. It presented many different pieces of evidence and it made your claim very clear. I agree with you that the experiments are now beneficial to us because we were able to learn new things from these experiments but I don’t think this was the correct way to get answers to our questions. Thank you for your writing. I look forward to your read and learn from your future posts.

Thank you for replying back to my essay about Nazi human research. Iḿ glad you agree with me about this topic.