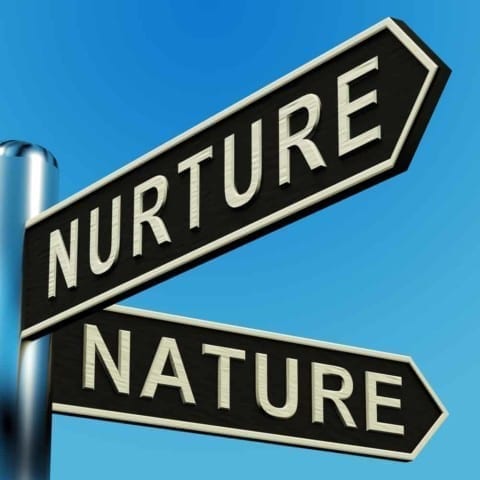 Everyone’s brain is different. There is not a single person who has the same exact brain chemistry and makeup of another person. Uniquely enough, when we are born, our brains are all rather similar. Each and every one of our brains starts to develop after we are born according to the environmental experiences that we go through and when it comes to serial killers their childhoods are usually very different from those of a person with a normal brain chemistry. This overall statement brings up the topic of nature vs. nurture and how this plays into the brains and lives of serial killers.

Nature vs. nurture is a quite simple subject. Nature vs. nurture one of the oldest arguments in the history of psychology and it is very hard to come up with the primarily refers to the way someone or something is brought up. There is a lot of evidence on both sides of this particular debate that make it hard to decide whether a person’s development is predisposed in his DNA, or a majority of it is influenced by his/her’s life experiences and the environment in which they grew up in. This whole debate started with a Greek philosopher by the name of Galen. His hypothesis was that personality traits were brought up by a person through the relative concentrations of four bodily fluids: the blood, the yellow bile, the black bile, and the phlegm. On the other side of things, a philosopher named John Locke came up with the ‘blank-slate theory’. This theory stated that people formed traits through their experiences and learning explaining why everyone’s brain is different because overall, everyone’s experiences are different.

Fast forward to the 20th century, the debate slowly changed into nature and nurture rather than nature vs. nurture. The Human Genome Project was the study that shifted this whole debate. The Human Genome Project was launched in 1990 and the entire decade was designated as the ‘Decade of the Brain’. The study of neuroscience became very popular and many medications emerged and were commonly used. During this time, another study was being conducted. This study was a study that was conducted on twins. This enabled researchers to be able to calculate certain things like anxiety levels, intelligence, and height and how they could connect to genetic factors and environmental factors. In addition to both of these studies, there were many others being conducted. All of these studies together made it hard to argue that nature or nurture played a bigger role in the development of someone’s brain. With that though, scientists were able to see that both nature and nurture were important in development.

As more time progressed and scientists found more evidence they came to the conclusion that “Nature IS Nurture” and vice versa. Today most scientists have found that nature and nurture both coincide with each other. Genes have an influence on the types of environments that we experience and the way in which we experience these things. Weirdly enough though, a person’s experience with a certain thing can directly change the level at which certain genes are expressed. These different levels are able to alter the physical structure and activity in the brain.

So how does this finding play into the formation of a serial killer? Many doctors and scientists have asked this same exact question. Some say that these type of people were born with a difference. While others say that these people had traumatic events that altered their brain. These hypotheses are both correct. Ted Bundy, for example, had a rough childhood. He was born a bastard child and everyone knew it but him. His ‘parents’ were actually his grandparents, and his ‘sister’ was actually his mother. As a child, he was beaten. This is the whole side of nurture which plays into nature. Ted Bundy’s frontal lobe was altered due to his traumatic experiences which then resulted in not being able to feel or be attached to anything. ‘Nature is nurture’ is a very important topic to understand when researching things that have to do with the brain, how experiences affect the brain, and why people do things.